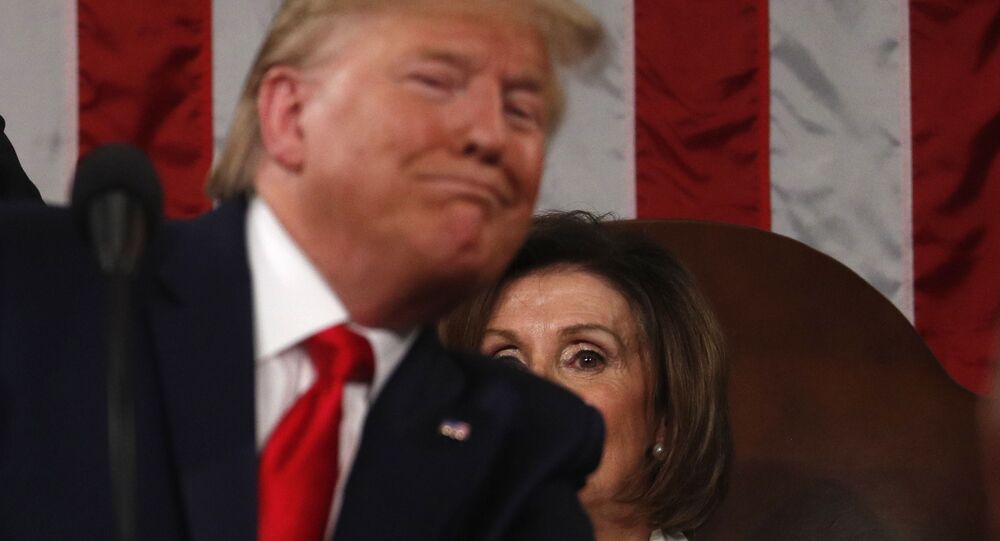 'Not Happy With Him': Trump Mulls the Fate of White House Aide Who Testified in Impeachment Trial

Trump’s remarks regarding the future of the National Security Council member who testified during the impeachment proceedings come amid reports that the latter is going to be reassigned to the Defense Department.

US President Donald Trump has announced that it will be decided in the future what to do with Lt. Col. Alexander Vindman, an Army officer who served as a Ukraine expert on the US National Security Council and who testified during the recent impeachment hearings.

"I'm not happy with him," Trump told the reporters as he left the White House prior to departing for North Carolina. "You think I'm supposed to be happy with him? I'm not. …They are going to be making that decision."

The president also stated that he is going to keep Mick Mulvaney as his acting chief of staff, dismissing as false the recent speculation about the latter being on his way out.

This development comes as The Washington Post reported on 7 February, citing two people familiar with the matter, that Vindman “will be informed in the coming days, likely on Friday, by administration officials that he is being reassigned to a position at the Defense Department”.

The newspaper also claimed that while Vindman had already informed senior NSC officials that he intends to leave his post by the end of the month, Trump "is eager to make a symbol of the Army officer".

Senior US National Security Council staffer Alexander Vindman was one of four officials to testify on Tuesday, 19 November, in the public impeachment hearings against Donald Trump.

While House Democrats accused the US head of state of allegedly blackmailing Ukraine with the withdrawal of military aid unless the Ukrainian president started a criminal probe into one of Trump's 2020 election rivals, and impeached him on charges of obstruction of justice and abuse of power. The Senate ended up acquitting Trump on both counts.