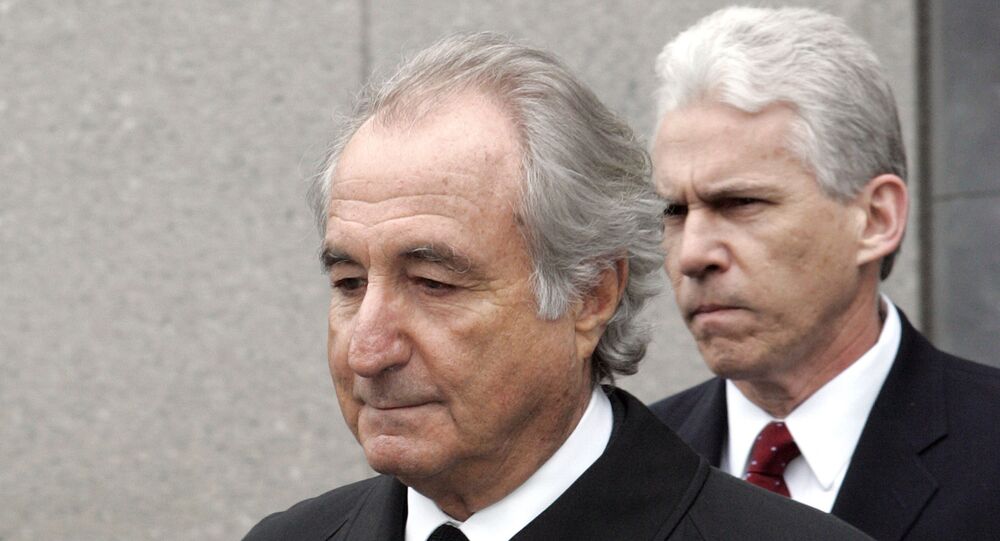 Bernie Madoff, the notorious Ponzi schemer, says that he is dying from terminal kidney disease and has asked for an early release from his 150-year prison sentence in a North Carolina federal facility.

A lawyer for Madoff, Brandon Sample, in a legal filing said that the fraudster who orchestrated the largest Ponzi scheme in history at his firm, Bernard L. Madoff Investment Securities, has “less than 18 months to live,” and is suffering from “numerous other serious medical conditions” including cardiovascular disease and hypertension.

Madoff, who pleaded guilty in 2009 to 11 crimes involving billions of dollars over several decades, said he is terminally ill.

“There’s no cure for my type of disease. So, you know, I’ve served. I’ve served 11 years already, and, quite frankly, I’ve suffered through it,” Madoff told the Washington Post.

Madoff was moved earlier last summer into palliative care in the Federal Medical Center prison in Butner, N.C., according to the filing by his lawyer in US District Court in Manhattan. His lawyer wrote that he has refused to undergo dialysis treatment and is confined to a wheelchair.

The filing said that, if set free, Madoff would “financially support himself through Social Security and Medicare benefits,” while also adding, without identification, that he will live with a friend.

“Madoff does not dispute the severity of his crimes nor does he seek to minimize the suffering of his victims. Madoff has expressed remorse for his crimes. Now, after over ten years of incarceration and with less than 18 months to live, Madoff humbly asks this Court for a modicum of compassion,” the filing read.

Sample said the US Bureau of Prisons had recognized that Madoff “meets the criteria for a reduction of the sentence based on his end-stage renal disease,” but has denied his request for compassionate release. The letter from BOP said that “in light of the nature and circumstances of his offence, his release at this time would minimize the severity of his offence.”

“The federal prison system acknowledges that he has only months left to live. The compassionate release statute is precisely for situations like Mr. Madoff’s. Mr. Madoff has been punished significantly for his crimes. He has been in prison for over 10 years and holds deep remorse for his conduct,” Sample said. “He should be allowed to spend the few remaining moments he has on this earth with the people who — despite his mistakes — still love and care for him.”