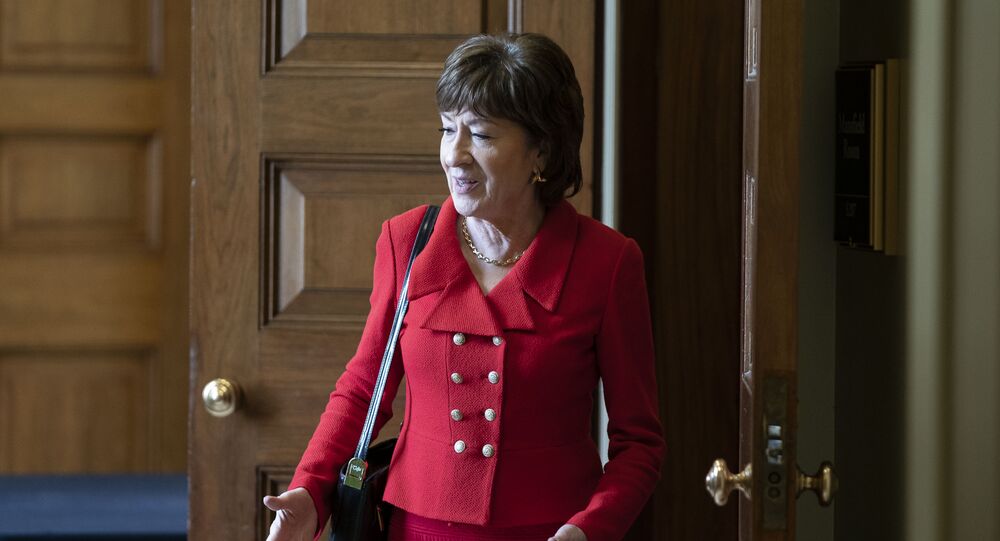 The final and most crucial impeachment vote is scheduled for Wednesday, while it is highly unlikely the president will be impeached given the Republican-dominated Senate.

Republican Senator Susan Collins (R-ME), who has been considered the main swing vote in the impeachment trial against President Donald Trump, says she will vote to acquit the president, Fox News reported on Tuesday, despite calling Trump's actions "flawed".

Collins explained that the real basis for impeachment should only be when there is a major threat to the country's Consitution and its democracy that would require immediate removal from office. The fact that the House Democrats hesitated for a long time with sending the articles of impeachment (abuse of power and obstruction of Congress) to the Senate demonstrated that President Trump did not pose an imminent threat to the US as the Democrats have insisted.

"The House did little to support its assertion in Article One that the president will remain a threat to national security and the Constitution if allowed to remain in office", said Collins.

Collins did say that it was "wrong" for President Trump to discuss former Vice President Joe Biden and his son in the 25 July call with Ukraine's Wolodymyr Zelensky, but pointed to the "conflicting" evidence against him in the impeachment trial.

House Democrats launched an impeachment inquiry against President Trump over a whistle-blower complaint that alleged that the POTUS "put pressure" on the Ukrainian president to investigate the potential corrupt dealings of Joe Biden and his son Hunter, while the latter was on the Burisma company board.

Trump has repeatedly said the impeachment proceedings had been initiated against him by the Democrats in a bid to reverse the outcome of the 2016 election.

Joe Biden has also admitted to threatening to withhold some $1 billion in US military aid to Kiev unless the Ukrainian prosecutor, who probed Burisma over possible corruption, was dismissed.