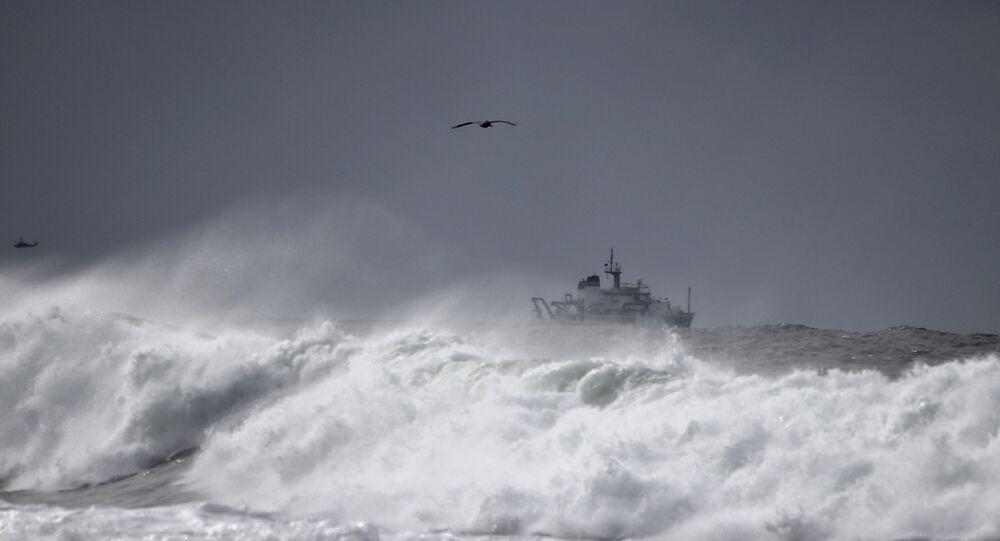 The wreck of the legendary steamer SS Cotopaxi, which disappeared while traversing the Bermuda Triangle in 1925, has been found off the Florida coast.

When the 47-foot steam ship SS Cotopaxi set sail from Charleston, South Carolina, bound for Havana, Cuba, on November 29, 1925, it was the last anyone saw of the vessel. The ship and its 32 crew members disappeared, and no trace of them was found for nearly a century.

The mystery helped feed the mythos of the Bermuda Triangle as a supernatural hole in reality, but the ship’s remains have finally been found off the coast of St. Augustine, Florida, by a team of intrepid explorers.

Association of Underwater Explorers diver Michael Barnette, whose expeditions include the Aegean wreck of Titanic sister ship HMHS Brittanic, led the hunt for the Cotopaxi. His expedition’s quest is featured in the premiere episode of “Shipwreck Secrets” on the Science Channel TV network.

Barnette and his crew zeroed in on the Cotopaxi’s likely final resting place by combing through all existing data on the ship, including mapping out its route, looking at radio traffic in the region during the time it was believed to be lost and following up on old, unidentified finds on the seafloor.

🚨The SS Cotopaxi has been found below the sea after
Disappearing in the Bermuda Triangle 95 years ago. Marine
Biologists,Ocean Explorers,Researchers have Discovered the Ship which set sail on 11-29-‘25 from Charleston,SC with a Crew of 32 & a load of Coal Bound for Havana,Cuba. pic.twitter.com/Uxv8kC5K1X

​Barnette told the Huffington Post that a possible wreck found 35 years ago, which was dubbed the “Bear Wreck” but never investigated further, was the team’s jumping off point for the hunt. However, when they unearthed a previously unknown distress signal from the Cotopaxi on December 1, 1925, when it had been caught in a huge storm, they knew where to look for the ship.

“There were several elements that confirmed the identity such as the dimensions of the ship, its length and the measurement of the boiler,” Barnette said. “Also, I looked at the general orientation of the machinery. It was all consistent with the information we knew about the Cotopaxi.”

However, the find upsets perhaps the biggest part of the ship’s mystique: it’s not located in the Bermuda Triangle! That imaginary zone extends between Bermuda, Puerto Rico and Miami, Florida, but the SS Cotopaxi was found just north of this waterway.

“It’s a neat shipwreck because it’s taken on some lore, some of the myth of the Bermuda Triangle, so it’s kind of a fun one," Chuck Meide, director of the St. Augustine Lighthouse Archaeological Maritime Program, told News 4 Jacksonville.

Following its disastrous fate, the ship became the subject of numerous myths, including one internet rumor claiming it had mysteriously reappeared, afloat, off the coast of Cuba. The Cotopaxi was also featured in Stephen Spielberg’s 1977 film “Close Encounters of the Third Kind,” reappearing in the middle of the Gobi Desert, suggesting it was placed there by aliens.

The 47-foot-long ship was built by the United States Shipping Board in 1918 under an emergency shipbuilding program following the US entry into World War I and the deployment of hundreds of thousands of US troops to the Western Front in France and Belgium. Named after the huge volcano in Ecuador, the SS Cotopaxi was launched just days after the November 11 ceasefire that led to the end of the war, and the ship was sold to Clinchfield Navigation Company.