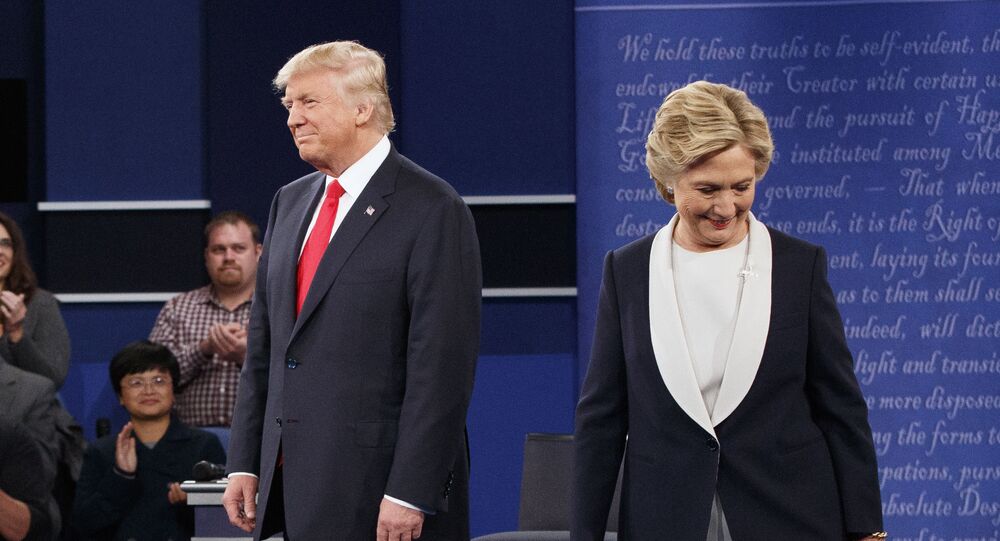 Rumours of a third run for president by former US Secretary of State Hillary Clinton have circulated since the race for the Democratic nomination kicked off in June 2019. Clinton in part blamed Vermont Senator Bernie Sanders for not sufficiently supporting her in 2016, ultimately contributing to her historic loss.

Failed 2016 Democratic presidential candidate Hillary Clinton said at the Sundance film festival on Monday that she has "the urge" to launch a third presidential campaign, this time to defeat Donald Trump.

While speaking to Variety about her new Hulu documentary series, she was questioned if she had any intention of entering the 2020 Democratic nomination campaign.

"Yeah. I certainly feel the urge because I feel the 2016 election was a really odd time and an odd outcome", she said.

The former New York state Senator said, however, that she would back whichever Democratic nominee was chosen.

"The more we learn, the more that seems to be the case. But I'm going to support the people who are running now and do everything I can to help elect the Democratic nominee. I just think we have to win. I don't think we can afford another four years by the current incumbent. I think that would be absolutely dangerous to our democracy, and I'll do whatever I can to make sure the Democrats win this time", she said.

She also addressed comments revealed last week in the docu-series in which she attacked former 2016 primary opponent and current candidate for the 2020 Democratic nomination - Senator Bernie Sanders.

"I think we did that interview about a year and a half ago. I wasn't thinking about the election by any means"

"I've said I'm going to support the nominee. But I do think it's important to look at somebody's record and look at what they've gotten done and see whether you agree with that or not. I think that's what every voter paying attention should do".

In a clip from the Hulu series geared for a 6 March release, she verbally attacked the Vermont Senator for his popularity in Washington.

'Nobody likes him, nobody wants to work with him, he got nothing done. He was a career politician", she said

"It's all just baloney and I feel so bad that people got sucked into it".

Clinton edged out Sanders for the Democratic presidential nomination in 2016, to the dismay of the latter's many passionate supporters and his stance as a Democratic Socialist firebrand.

Clinton lost the election to then-Republican candidate Donald Trump, in a political event which shocked the nation and much of the world.