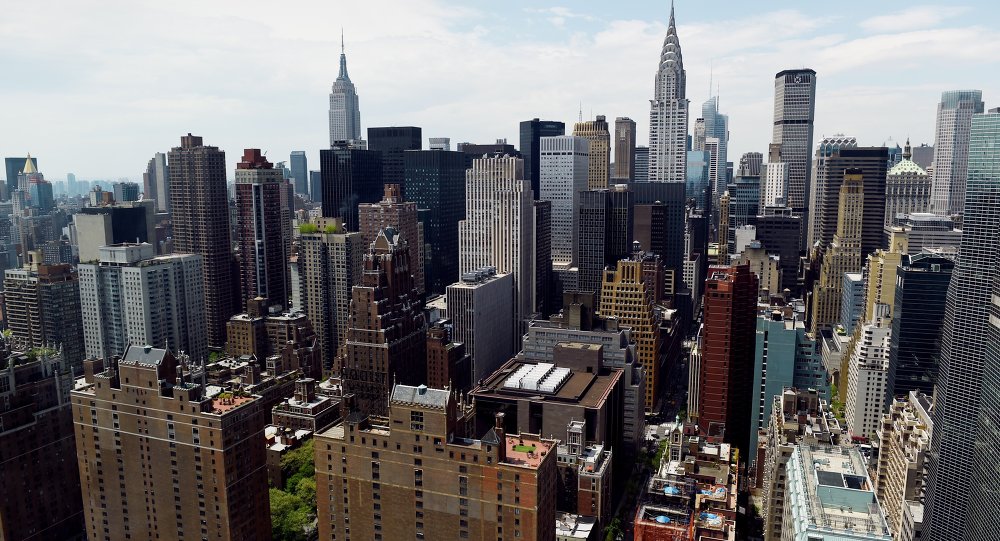 NEW YORK (Sputnik) - Hundreds of people took to the streets of New York on late Thursday to protest a potential US military action against Iran.

The protesters gathered in the Civic Center neighbourhood in Lower Manhattan at around 6:00 p.m. EDT (23:00 GMT) holding up signs reading “Hands off Iran,” “We demand de-escalation,” “Say no to war with Iran,” “No war or sanctions on Iran,” “Rage against war,” and “We choose peace,” among many others.

“We are here protesting the war against Iran and the war on the people of the world,” an activist taking part in the rally said.

Pacifists chanted “Endless wars have got to go” and “End the wars, end the fear” at Foley Square, which has become a popular protest site, previously hosting demonstrators from the Occupy Wall Street movement in 2011 and a rally dubbed “NYC Stand Against Trump” against the inauguration of US President Donald Trump in January 2017.

#NYC stand against sanctions and war with Iran. In the bitter cold, New Yorkers warmed up #FoleySquare to stand in solidarity and love! THANK YOU for showing up #NYC! #NoWarWithIran #NoWar pic.twitter.com/jUnRcfvk54

tfw no one wants war with iran pic.twitter.com/LztGauKMke

The “No War With Iran” mass protest in New York is one of more than 360 rallies nationwide demanding the de-escalation of tensions between Washington and Tehran after the US killing of top Iranian commander Qasem Soleimani.

“The US started this by attacking the Iranian [military] leader ... The ball is in the US court; they should just not retaliate,” another activist said.

On Wednesday, Iran launched missiles at two bases housing American troops in Iraq in retaliation for Soleimani's assassination. No casualties from either side were reported in the attack, according to Washington.

Trump announced a new wave of sanctions to be imposed immediately in his address to the nation later on Wednesday as retribution for the missile strikes.