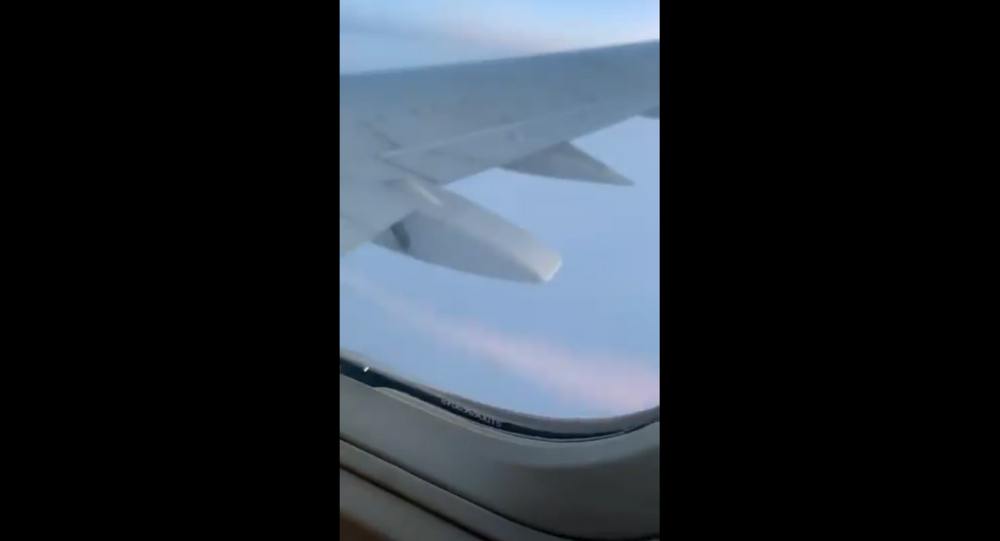 A SwiftAir 737 flight carrying the Kansas Jayhawks basketball team over the weekend was forced to make an emergency landing at California’s Mineta San Jose International Airport after the plane encountered serious engine problems.

Cellphone footage recorded by Ryan White, the senior associate athletic director of the Kansas University (KU) team, was shared on Twitter and showed flames shooting out of the plane’s left side engine.

The worrying Sunday incident unfolded just 20 minutes into the flight.

​“There was this weird noise, just a little bit of a rattle,” Dan Beckler, the spokesperson for the KU Athletic Department, told the Kansas City Star of the moments after the engine began sputtering out.

“It wasn’t just a normal turbulence. It was different. At that point, everybody was looking around to see what it was. The flight attendants were looking out the window to see what was going on.”

From that moment, it wasn’t much longer before the flight crew informed those aboard the plane that the aircraft had lost an engine, and that the plane would be making an emergency landing in San Jose.

Upon a safe landing, the SwiftAir flight was met by the San Jose Fire Department as a precautionary measure; however, according to local station KPIX 5, the fire crews “did not have to go into action.” No injuries were reported as a result of the plane’s emergency landing.

The basketball team was later retrieved by bus from the airport at roughly 7 p.m. local time and transported to a nearby hotel. The athletics department later issued a statement on the matter, explaining that the team would be staying the night in San Jose until returns plans to Lawrence, Kansas, were finalized.

“We are grateful to the pilots and the entire flight crew of Swift Air,” the release added.

​The flight mishap took place hours after the Kansas Jayhawks basketball team beat the Stanford Cardinals 72-56. The Kansas team’s next match is due to take place on January 4, and will be against the West Virginia Mountaineers.

Australia Defeat US Basketball Team for First Time Ever