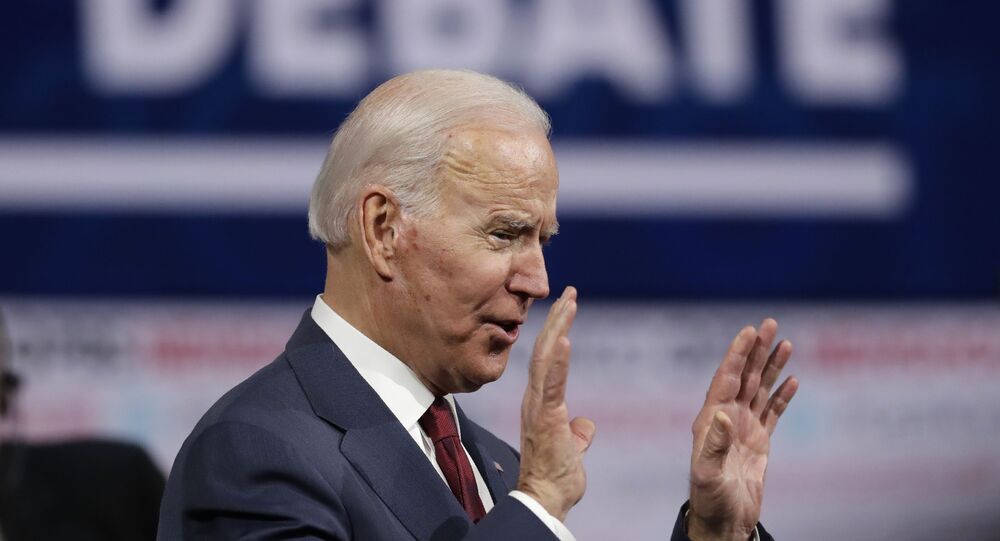 Former Vice President Joe Biden pushed back Sunday on Sen. Bernie Sanders’ claim that Biden’s record in the Senate and issues he has voted for as a US senator would make him an easy target for President Trump in a general election.

Biden, who was asked by reporters about Sanders’ comment, responded with “Tell him come and I'll give him some dessert at the White House.”

Both Biden and Sanders are currently among the leading candidates in most polls of the Democratic candidates. They have increasingly traded sharp comments as the field slowly tightens ahead of the Iowa caucuses. During the most recent Democratic debate, Biden asked Sanders to “put your hand down for a second” during an exchange over health care policy, with Sanders quipping, “I’m just waving to you, Joe, saying hello.” Both candidates have also had disagreements over their respective healthcare plans. Sanders has claimed that Biden’s healthcare plan would maintain the “status quo,” while Biden has voiced skepticism about Sanders’ universal "Medicare for All" proposal.

Sarah Sanders Trolls a Stuttering Joe Biden on Debate Night: ‘No Idea What He is Talking About’