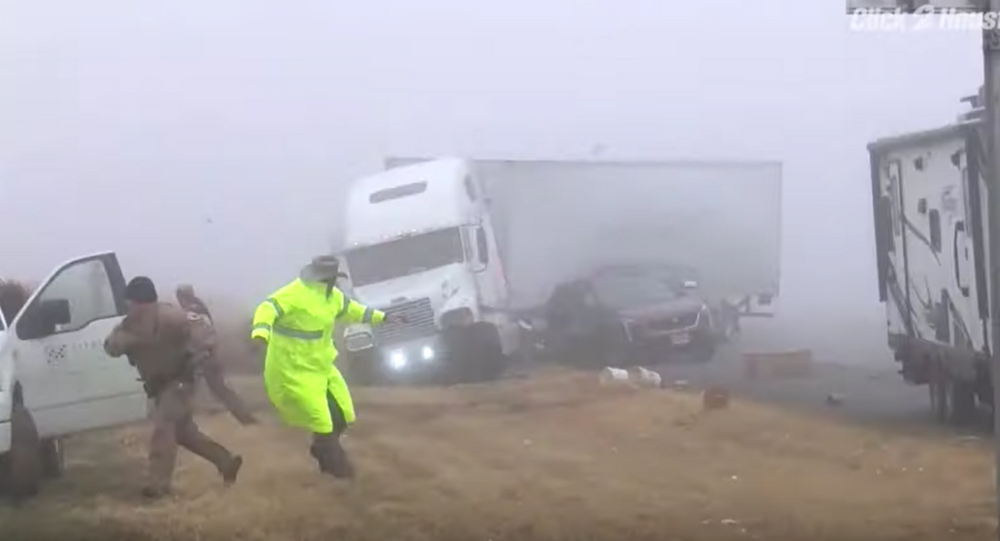 Law enforcement personnel in Lubbock County, Texas, narrowly escaped imminent death on Friday afternoon as a massive semi-truck barreled towards them and flipped over on US Highway 84.

The crash was filmed by local news station KCBD-TV, whose employees were on the scene reporting on an accident that had already occurred at the location.

Footage captured by the outlet shows the semi-truck turn over when hitting a pickup, causing its trailer to swing around and hit a state trooper vehicle. After the semi flips onto its side, multiple other vehicles consequently rear-end the trailer.

After the series of car accidents, first responders finished clearing the scene, and Highway 84 was reopened after being shut down all afternoon.

Although there were no fatalities, two injuries were reported by local media outlets. One state trooper was hurt by the trailer as it slid to a stop, and a driver sustained serious injuries when he was trapped inside his vehicle; both men were transported to University Medical Center in Lubbock for treatment and are expected to survive, KCBD reports.