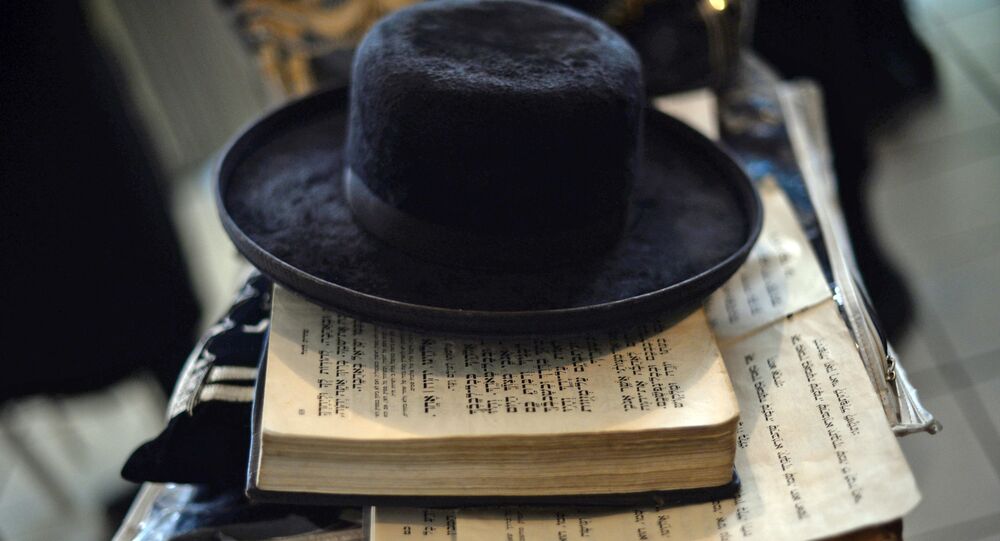 Both city officials and the local Jewish community have denounced the attack, which the Beverly Hills police have classified as a hate crime.

According to the Beverly Hills police, the suspect committed a series of minor vandalisms before he forced entry into the synagogue.

"The suspect damaged several Jewish relics, but fortunately the Synagogue's main scrolls survived unscathed. The disruption was primarily to the Synagogue's interior contents, and there is very limited structural damage," the official statement by the police department says.

The images of the incident shared on Twitter show that windows were broken, prayer books were torn and prayers shawls were destroyed by the suspect, who the police are now searching for.

These images are truly painful to look at.
Prayer books and Torah scrolls destroyed over the weekend at the Nessah Synagogue in Beverly Hills.
Our hearts break for the Jewish community while @LA_ADL is on the ground working with law enforcement in support where needed. pic.twitter.com/p37QILDCXD

Nothing was stolen and nobody was injured in the incident, the police added.

Supposedly, last night nine torahs were stolen and Nessah synagogue was vandalized (windows smashed). One of the largest temples in Los Angeles, where is the outrage? @latimes @lanow @latimesopinion pic.twitter.com/aHuIkpkj30

The location was previously a Christian church that was rebuilt into a synagogue when the Iranian Jewish community purchased it in 2003.

The incident took place on Shabbat, the Jewish day of rest.