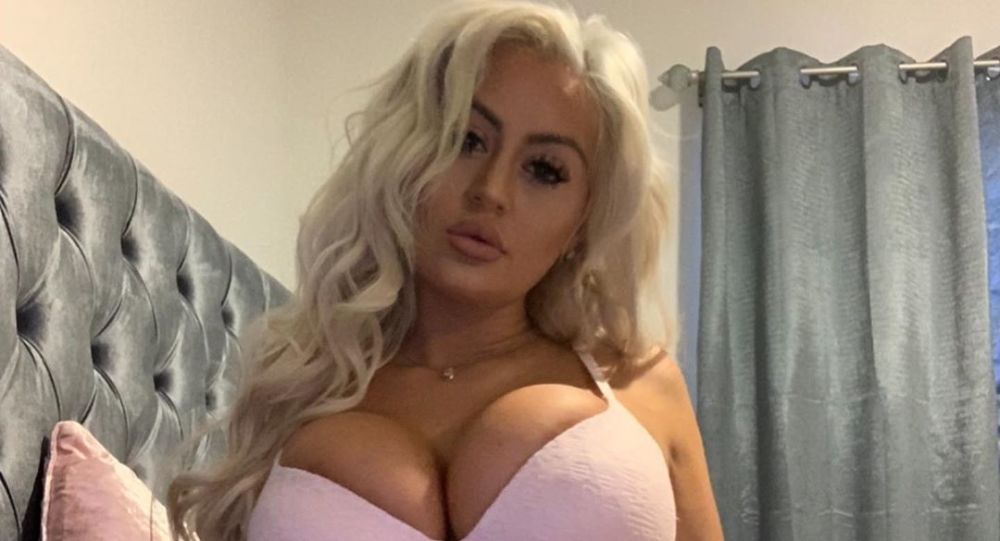 The perpetrator apparently ended up fleeing the model’s residence after discovering that her safe, which she opened as per his demands, turned out to be empty.

Danii Banks, an Instagram model with some 2.5 million followers online, was in for an unpleasant surprise last week when she got pounced upon by an armed robber in her house, with her wearing nothing at all at the time, TMZ reports.

According to the media outlet, Danii claimed that she was sound asleep at her residence in Chamblee, Georgia when a loud noise woke her up, with the surveillance footage of the incident showing the alleged armed perpetrator confronting the naked woman and demanding money.

As the model further explained, she gave in to the intruder’s demands and opened her safe, which she said was empty, and the man eventually fled before pushing her onto the bed.

Police officers who arrived at Danii’s residence in response to an armed robbery found the model “hysterical”, TMZ adds citing Chamblee PD, with cops discovering that the “street-side door” of the residence was “damaged from being forced open”.

The authorities are currently investigating this incident, with Dani describing the culprit to the cops as “a light-skinned black male”.