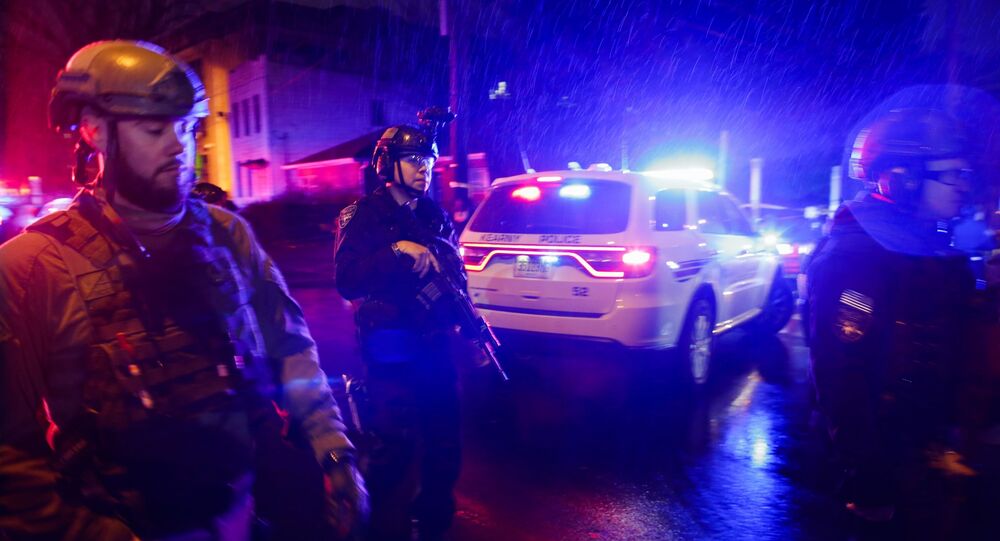 The deadly shooting resulted in the death of six people, including a police officer and three civilians. Jersey City authorities believe that the shooters specifically targeted the Jewish owned store where the tragic standoff began.

An active shooting situation was reported near a kosher grocery market at Wilkinson Avenue and Martin Luther King Dr in Jersey City, New Jersey, as the two suspects opened fire at police officers and then barricaded in the store, the US Bureau of Alcohol, Tobacco, Firearms and Explosives (ATF) reported on Tuesday.

According to the authorities, a policeman and two civilians were shot dead in the standoff. The suspects were also neutralised during the fire exchange, the police sources confirmed.

Our condolences to the Jersey City Police Department and the family of Detective Joseph Seals. Det. Seals, was shot during a gun battle with two suspects who were shooting indiscriminately out of a market. Both gunmen were also killed. #jerseycitypolicedepartment pic.twitter.com/VicRBHgeV2

Witnesses on the scene heard heavy gunshots that reportedly lasted for an hour non-stop.

All schools in the city were put on lockdown and the authorities urged citizens to avoid the area of the scene.

Multiple enforcement forces were dispatched, including State Police assets, SWAT teams, and the FBI agents, to assist at the scene.

Gunfire erupted outside the JC Kosher Supermarket at Martin Luther King Drive just after 12pm. Moment two gunmen shoot a Jersey City cop after they killed a detective,stole a U-Haul and killed 3 civilians before SWAT shot them dead in a kosher store at the end of 2hour standoff pic.twitter.com/ZS3BvwuIvK

City Mayor Steven Fulop said that the suspects targeted the Jewish owned bodega, although at a press conference earlier he had said that it was a drug operation that "went bad". He also notified the public about the deployment of additional police forces in the following days.

Based on our initial investigation (which is ongoing) we now believe the active shooters targeted the location they attacked. Due to an excess of caution the community may see additional police resources in the days/weeks ahead. We have no indication there are any further threats

Previously, police sources had said they did not see any indication that the shooting was terrorism-related.

President Donald Trump was monitoring the updates from the scene and expressed his condolences for the victims and their families.

Just received a briefing on the horrific shootout that took place in Jersey City, NJ. Our thoughts & prayers are w/ the victims & their families during this very difficult & tragic time. We will continue to monitor the situation as we assist local & state officials on the ground.

NJ Governor Phil Murphy, who is known for his firearms legislation dubbed as "Gun Safety Package 2.0.", also thanked the police officers who assisted at the deadly scene.

There are days that require us to stop and think about what it means to put on a uniform every day. Today is one of those days. pic.twitter.com/GvcyPvKLmS

As of today, the US State of New Jersey has one of the strictest gun control laws in the country.