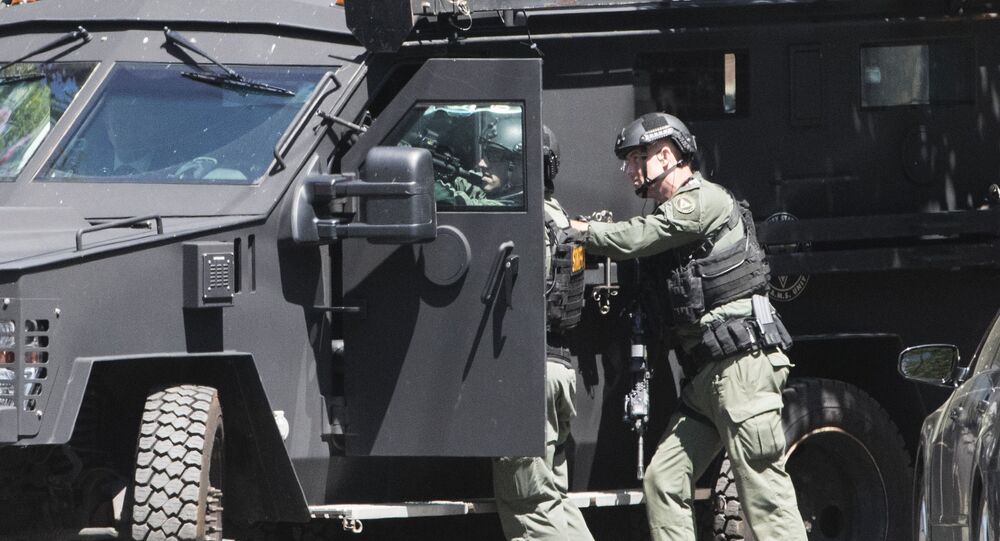 The US Bureau of Alcohol, Tobacco, Firearms and Explosives (ATF) reported that ATF agents are responding to an active shooting situation in Jersey City, New Jersey. At least one officer died, three more people were wounded in the incident.

One police officer was killed and two injured in an active shooter situation in Jersey City Tuesday, the Hudson County prosecutor said. Earlier, the police said that a New Jersey police officer had been injured by two suspects who were firing from a local Jewish owned bodega at Wilkinson Avenue and Martin Luther King Dr in Jersey City.

Police sources reported of several officers injured in the fire exchange. One of the policemen died, Fox5NY reported.

An emergency service unit team has been dispatched to the scene as well as an armoured car, reports say. A heavy police presence has also been reported at the site. Local schools are said to have been put on lockdown as police investigate the incident.

Students and staff at Sacred Heart School in Jersey City are safe, however the school remains on lock down. Police are on the scene. Events are still unfolding. Please keep all those involved in your thoughts and prayers.

The world we live in. Just got this email from our daycare because of the shooting in Jersey City.
GUN CONTROL NOW. pic.twitter.com/qhW8g2L7DE

The #HCPO is confirming that one police officer has been fatally shot today in #JerseyCity. Two add'l officers & one civilian have also been struck by gunfire but they are stable. Avoid the entire area surrounding MLK Blvd & Bayview Ave. More info to follow.

The FBI office in Newark also said via Twitter that its agents were on the scene in Jersey City.

#FBI is on scene in Jersey City. The public is asked to stay away from the area of MLK Drive near the light rail station as well as Bay View cemetery. Your cooperation is appreciated.

The President has been briefed on the shooting in Jersey City and continues to monitor the situation.

The Bayonne City Board of Education said all students are in a shelter-in-place, although normal dismissal at the end of the day was still expected.

The suspects are reportedly a man and a woman. Their motives remain unclear, but the police at the scene said the incident does not appear to be terrorism.

I used to teach HS in Jersey City. 🥴 https://t.co/zlVHkJdaWA

The report comes days after a shooting at a Pensacola naval airbase in Florida that left three people dead and seven more injured.