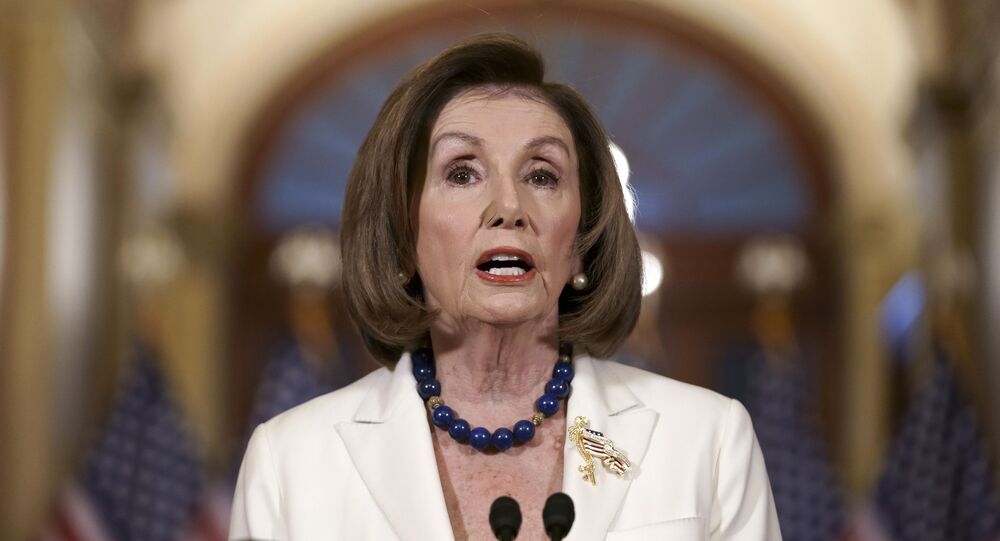 House Speaker Nancy Pelosi brought up the sensitive Iraq War issue when speaking about presidential impeachments amid the ongoing proceedings against Donald Trump. The conflict waged under George W. Bush resulted in over 65,000 civilian deaths and the displacement of five million people across the country.

The recently aired comments by House Speaker Nancy Pelosi that she did know that George W. Bush was deceiving the public in order to start the Iraq War in 2003 have instantly hit a raw nerve with netizens. Even more so when she added, while speaking on CNN, that she did not quite feel that the lie was an impeachable offence.

“Good Lord we need to get this ghoul out of public office ASAP", one frustrated user posted, suggesting that another Democrat should “get this monster out of office”:

“I knew there were no nuclear weapons... the intelligence did not show that that was the case so I knew it was a misrepresentation to the public... In my view, that was not an impeachable offense”.

Good lord we need to get this ghoul out of public office ASAP.

Please donate to @ShahidForChange to get this monster out of office.

“There has never been a war or right wing coup that @Speaker Pelosi did not support. She also actively enabled human rights abuses under Bush AND Obama, long before Trump", another indignant netizen shared, whereas a different one suggested that it would be better if impeachment proceedings were targeting Pelosi instead of Trump:

Can we pause the Trump impeachment and impeach her instead

Many explicitly called for her prompt resignation:

Where was her feigned catholic outrage over the killing of 1million Iraqis? She wigs out over being accused of hate, but murder for oil seems to be just fine with her God. After all, her capitalism seems to always supersede her Catholicism. @SpeakerPelosi

This is why. She knew that people were being tortured since 2002 and https://t.co/3zAbSXwgBc. https://t.co/Vodv1FSyX4

…while some contended  she  should not merely resign but face trial “by Bush’s side:”

Impeach Pelosi too and charge her with #WarCrimes

Tie in an interview with Kiriakou where he says that yes Nancy Pelosi refused to do anything about the illegal wars-torture because SHE herself signed off on those crimes & would anyone then expect her to go after Bush when she herself should be on trial right by Bush's side.

“Funny how the more profitable something is the less impeachable it becomes", another attentive-to-detail netizen dropped, assuming there was an economic interest behind her previous endorsement of ex-President Bush.

In other words the corporations that long ago bought her vote and her integrity wanted the war. Pelosi and her corporate controllers would both benefit financially. Funny how the more profitable something is the less impeachable it becomes.

In comments on CNN, Pelosi brought up Bush’s rhetoric that was used as a pretext to wage a war in Iraq, saying she “knew there were no nuclear weapons”. “In my view, that was not an impeachable offence", she rounded off.