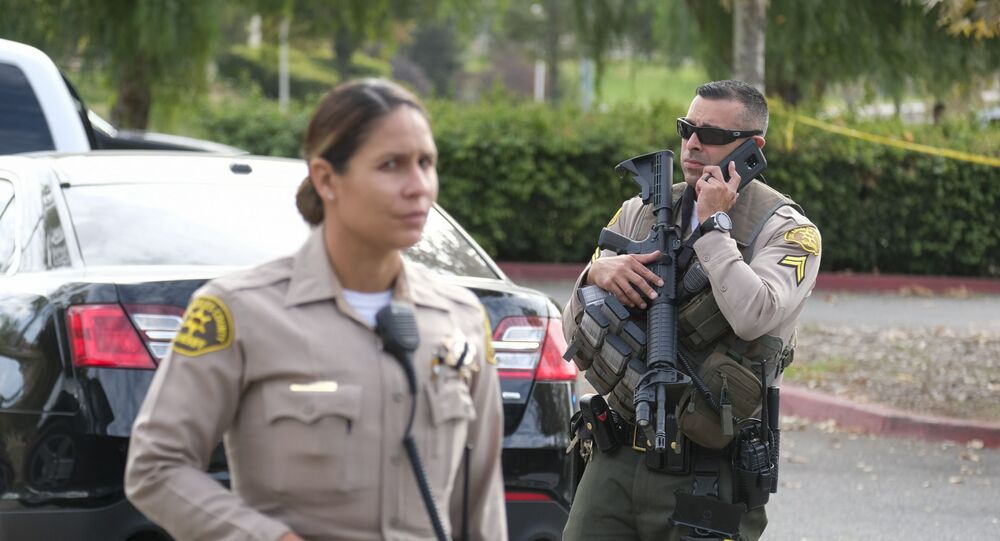 On Thursday, two students were killed and three others injured in a school shooting at Saugus High School in Santa Clarita, California.

The children, aged 3-9 years, a 31-year-old man and a 29-year-old woman were killed, Lieutenant Matt Dobbs of SDPD confirmed. The 3-year-old child and the adults died at the scene, the other two children passed away at the hospital, he added.

The shooting took place at the 2100 block of Flintridge Drive next to Paradise Hills.

The police arrived at the scene upon receiving an 911 emergency call at 6:49 a.m. on Saturday.

“I heard some gunshots”, said neighbour Sanya Gordon. “I saw a bunch of police cars. I saw them taking the bodies out of the house. I felt sick to my stomach”.

The United States has been rocked by shooting incidents in schools and public places amid public calls for the authorities to tighten gun control laws.