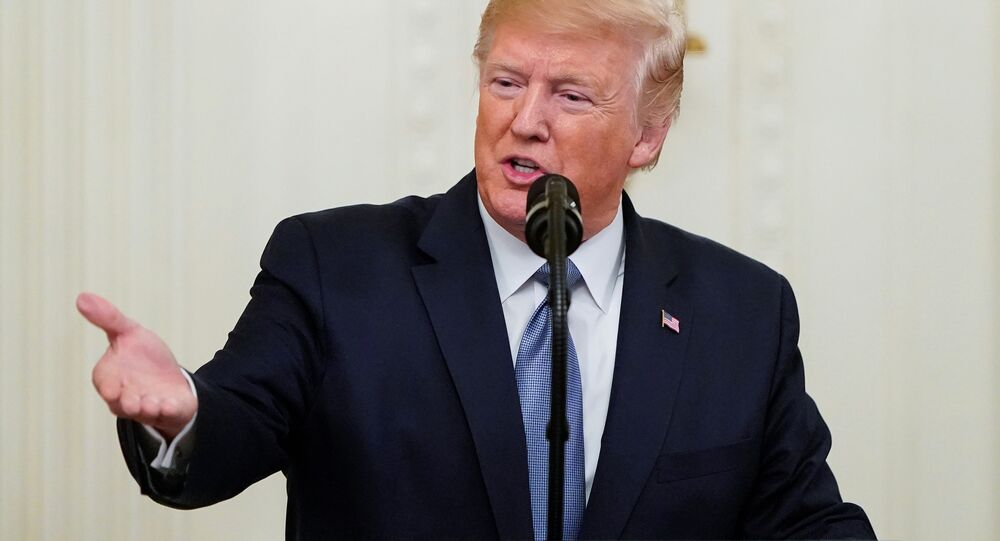 Previously, POTUS argued that the inspector general should be a part of the impeachment probe and testify along with other people who prompted it, such as the whistleblower behind the complaint, as well as Democrats Adam Schiff and Nancy Pelosi.

US President Donald Trump considered firing the intelligence community’s inspector general, Michael Atkinson, who reported a whistleblower complaint on POTUS' alleged abuse of power to Congress, The New York Times reported, citing anonymous sources. Two of these sources alleged that the president was simply venting his frustration over the impeachment probe, which was spurred by the complaint in question, and was not serious about his intentions.

POTUS reportedly couldn’t understand why Atkinson had chosen to report the complaint and accused him of trying to "sabotage his presidency" in order to benefit the Democrats.

In the past, Trump has fired several high ranking officials whom he considered to be disloyal or whose actions had hurt him, as was the case with former FBI Director James Comey, ex-CIA Director John Brennan, and former Attorney General Jeff Sessions. It's unclear, however, how close Trump came to firing Atkinson, or whether he even considered the option.

Complaint That Led to Impeachment

The US House Democrats initiated an impeachment probe into POTUS after an anonymous whistleblower filed a complaint about Trump allegedly "pressuring" his Ukrainian counterpart Volodymyr Zelensky to open an investigation against Joe Bide – one of Trump's potential rivals in the 2020 election. Democrats believe that Trump used US aid to Ukraine as leverage in the controversial 25 July talk.

Trump has dismissed the accusations and insists that the conversation was "pitch perfect". He released a transcript that showed no signs of him pressuring Zelensky. Still, Trump did express interest in Ukraine investigating allegations that Biden, during his term as vice president, had exercised his power to force Kiev to close a criminal investigation int theo Burisma gas company, where his son, Hunter, was working at the time.