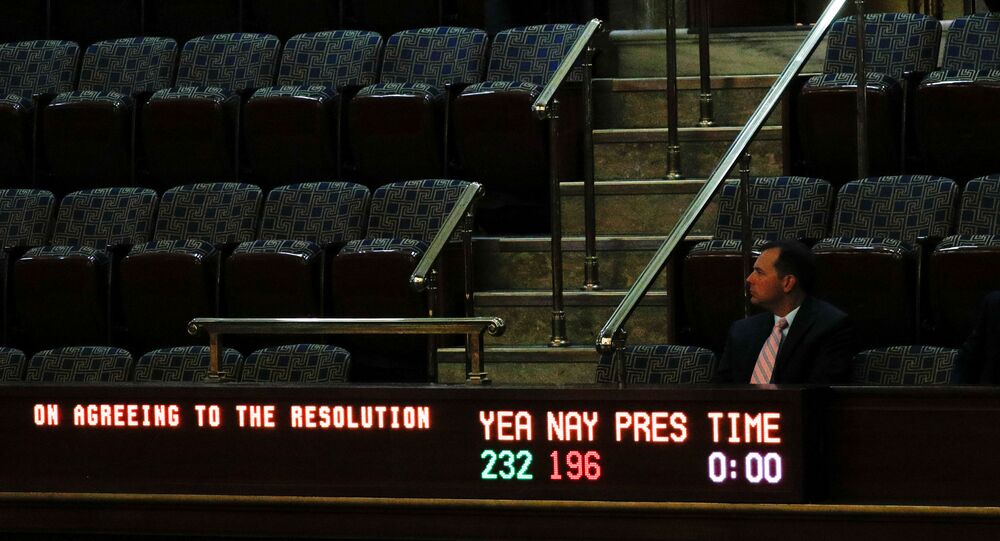 WASHINGTON (Sputnik) – Impeachment probe public hearings of the US House of Representatives Intelligence Committee will continue next week, with former US special representative to Ukraine Kurt Volker scheduled to testify on 19 November, the committee’s chairman, Adam Schiff, said.

The public hearings, carried out as part of the impeachment probe launched by House Democrats in September, are kicking off on Wednesday, with Acting US Ambassador to Ukraine William Taylor and Deputy Assistant Secretary for European and Eurasian Affairs George Kent set to testify first.

Former Ambassador to Ukraine Marie Yovanovitch will testify on November 15.

Next week, public hearings will be held on Tuesday, Wednesday, and Thursday. According to a Tuesday statement posted by Schiff on Twitter, former US envoy to Ukraine Kurt Volker will testify on 19 November. On the same day, testimonies from National Security Council official Alexander Vindman; aide to Vice President Mike Pence, Jennifer Williams; and National Security Council official Tim Morrison are expected.

On 20 November, the House panel will hear from US Ambassador to the European Union Gordon Sondland, Deputy Assistant Secretary of Defense Laura Cooper and Undersecretary of State David Hale.

Thursday, 21 November, has only one hearing scheduled - that of former National Security Council official Fiona Hill.

The diplomats are expected to potentially provide details on the alleged pressure that US President Donald Trump is thought by House Democrats to have exerted on Ukrainian President Volodymyr Zelenskyy during a 25 July phone call, seeking to investigate potential corrupt activities by former US Vice President Joe Biden and his son Hunter. The Bidens have said Trump’s allegations are unfounded.