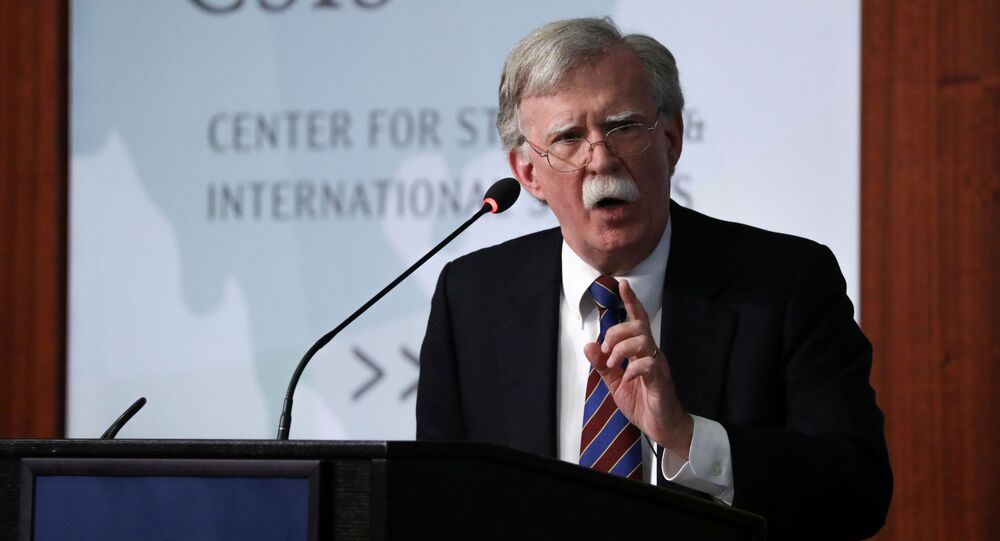 The Washington Post earlier reported citing an anonymous source that the whistleblower complaint, which served as the basis for Democrats' impeachment efforts, is no longer the centrepiece of it. Another media report has suggested that former National Security Advisor John Bolton is negotiating about testifying in the impeachment inquiry.

In an interview with ABC News, Democratic US House Intelligence Committee head Adam Schiff stated that former National Security Advisor John Bolton has recently become a "very important" witness in the Democratic-led impeachment efforts against President Donald Trump. Schiff noted that the committee's interest in Bolton arose after hearing the testimony of other administration and government officials.

"Obviously he has very relevant information and we do want him to come in and testify", Schiff said.

At the same time, Schiff suggested that the White House will probably try to prevent Bolton from testifying. Trump indeed previously announced that his administration wouldn’t be cooperating with the Democrats' impeachment inquiry, which he slammed as a "witch hunt".

In the coming days, three House committees, including Schiff's are expected to question Bolton's former colleagues – the ex-national security adviser’s deputy, Charles Kupperman, and two current National Security Council staffers - Tim Morrison and Alexander Vindman. It is, however, unclear, if any of them will appear at hearings in light of the White House advising its staffers not to participate in the impeachment proceedings.

Corrupt Congressman Adam Schiff is angry that Ambassadors that he thought would be good for his fraudulent Witch Hunt, are turning out to be good for me - some really good! He’s got all meetings locked down, no transparency, only his illegal leaks. A very dishonest sleazebag!

Schiff's revelations come soon after NBC News reported, citing an unnamed source, that House committees leading the impeachment probe are negotiating with Bolton's lawyers regarding him possibly testifying before Congress. Prior to this, The Washington Post reported that the whistleblower complaint, which served as an impetus for initiating the impeachment proceedings, is no longer at the centre of them due to the committees having "ample testimony" from senior White House officials to substantiate various accusations.

The impeachment probe was started in the wake of whistleblower allegations that President Trump had abused his powers by "pressuring" Ukrainian President Volodymyr Zelensky to start a criminal investigation into Democratic primary frontrunner Joe Biden during a July telephone conversation. Democrats believe POTUS used US military aid to Kiev as leverage in this demand.

Later it turned out that the whistleblower based his allegations on indirect knowledge of the events from other White House staffers. The transcript of the two presidents' conversation in question showed that Trump had indeed showed interest in Ukraine starting a probe into alleged misconduct by Joe Biden during his tenure as US vice president aimed at protecting his son, Hunter, from Ukrainian prosecutors.

Trump denies any misconduct or abuse, insisting that his talk with his Ukrainian counterpart was "pitch perfect".