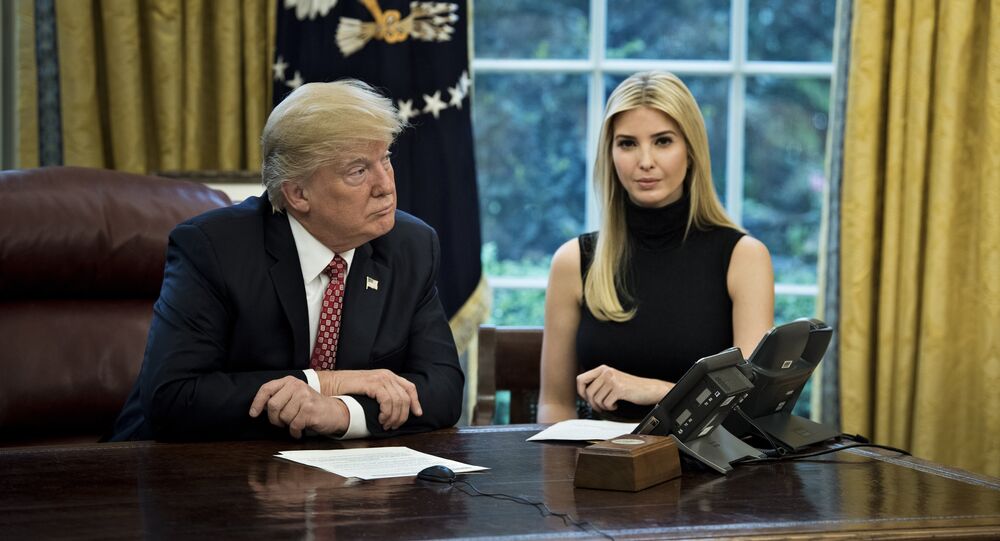 The daughter of the US president claimed that her father’s administration has directly contributed to quantum computer achievements by the nation.

Ivanka Trump, daughter of and senior adviser to the US president, on Wednesday congratulated her country on achieving a controversial milestone of ‘quantum supremacy.’

Ivanka recited a claim made by Google that their Sycamore quantum processor solved a complex mathematical task in 3 minutes and 20 seconds, while a ‘classic computer’ would reportedly take 10,000 years to do the same. Ivanka omitted that by ‘classic computer’, Google was underestimated the world’s most powerful ‘classic’ supercomputer, at the Oak Ridge National Lab in Tennessee.

It’s official!💥The USA has achieved quantum supremacy! 🇺🇸 In collaboration w/ the Trump Admin & UC Santa Barbara, @Google quantum computer Sycamore has completed a calculation in 3 min 20 sec that would take about 10,000 years for a classical comp. #QIS is a critical industry of the future. That’s why @POTUS signed the National Quantum Initiative Act- record level funding for quantum R&D- into law 2018. We’re proud to have contributed to this major milestone, quantum supremacy, and usher in the next gen of quantum tech in America!

Google’s claim of achieving the ‘supremacy’ was quickly challenged by IBM, its main rival in quantum computing, in a blog post pre-emptively published on Monday. In their post, IBM noted that the Oak Ridge supercomputer could solve the same task in 2.5 days if the algorithm is designed properly. The statement asserted that while quantum computers may be faster, they are not innately ‘supreme’, as the quantum device is not performing a function that a traditional silicon-based computer is unable to do in a reasonable time, the tech company said.

In her post, the first daughter recalled that her father was able to sign the National Quantum Initiative Act, which she described as “record level funding for quantum research and development,” into law in 2018.

“We’re proud to have contributed to this major milestone, quantum supremacy, and usher in the next gen of quantum tech in America!” Ivanka gushed.

Considering IBM’s claims, maybe it’s a bit too early to open the champagne.