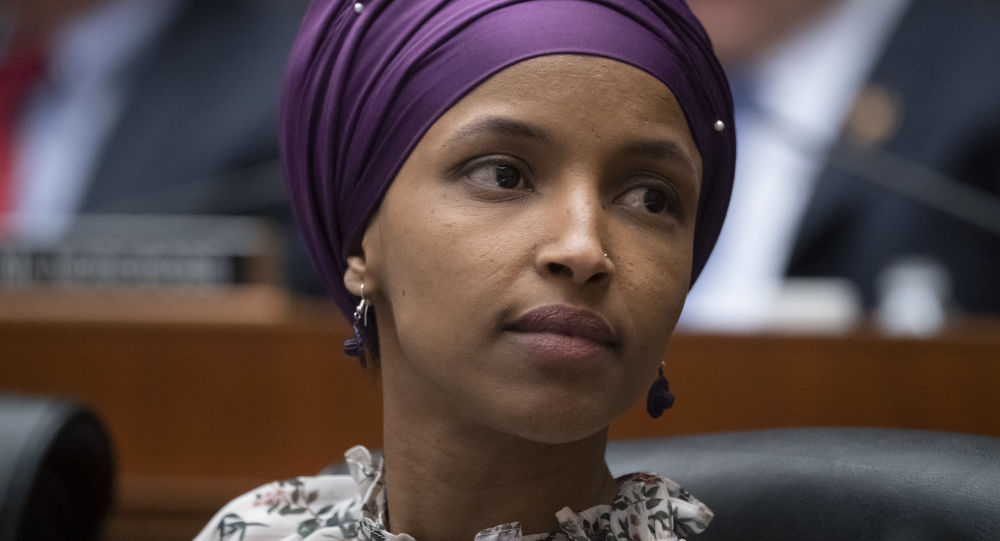 In July, the Somali-born congresswoman, who has three kids and is a staunch critic of President Donald Trump and his tough immigration policies, was spotted holding hands with the mystery man as she walked out of a restaurant in Los Angeles.

US Congresswoman Ilhan Omar is allegedly leading a double life dating her married campaign aide Tim Mynett, the Daily Mail has reported. The congresswoman recently filed for divorce from the father of her three children, amid affair allegations but refused to acknowledge her relationship with her aide. According to the newspaper, Omar and Mynett are not only dating but supposedly are living “on and off” at a secret love nest in Washington DC. The Daily Mail cites an insider, who suggested that the pair is considering tying the knot, once they annul their marriages with their current spouses.

The newspaper claims that this would be hard, as Tim Mynett’s wife refuses to start divorce proceedings. Beth Mynett is allegedly concerned about their son’s security and does not want him near Omar, who has received death threats due to her political leanings. The 55-year-old Mynett purportedly told her friends she wants primary custody, and will in no way allow her child to be “put in the crosshairs.”

​Social media erupted in disgust after the Daily Mail published its investigative report.

​Netizens questioned the religious beliefs of the congresswoman, who is a devout Muslim and married her first husband in an Islamic ceremony.

i dont get it, is she practicing islam or not? maybe she is just a cultural muslim but not religious

It would be quite informative if @IlhanMN could enlighten us on the repucussions of adultery under #ShariaLaw!

​Some users addressed the controversy around her previous marriages. Critics of Omar say her second husband Ahmed Nur Said Elmi is actually her brother, whom she married to help him immigrate to the United States.

Is Ms. Omar “allowed” to be romantically involved with men who aren’t her brothers? I mean what if it gets serious and she wants to get married? #JustAsking

​Others remembered the statement she made during a 2018 interview with Al-Jazeera, speaking about jihadi terrorism. Back then Omar said people should be more fearful of white men than jihadists. The congresswoman said white men caused “most of the deaths within this country.”

but we're supposed to believe her when she warns us to ... fear the white man? #LiberalHypocrisy https://t.co/niMSJt0f5u

Isn't that a white guy? Didn't she say that it's white guys that are the most dangerous people?

Guess she likes the dangerous types. 😎

​Still, others were horrified that her lover uses plastic bags to carry groceries, while the congresswoman ends her day by picking up Chick-fil-A.

You are missing the big story here. They use PLASTIC bags. 😱 Oh, the horror!

My biggest take from this. She eats Chick-Fil-A?