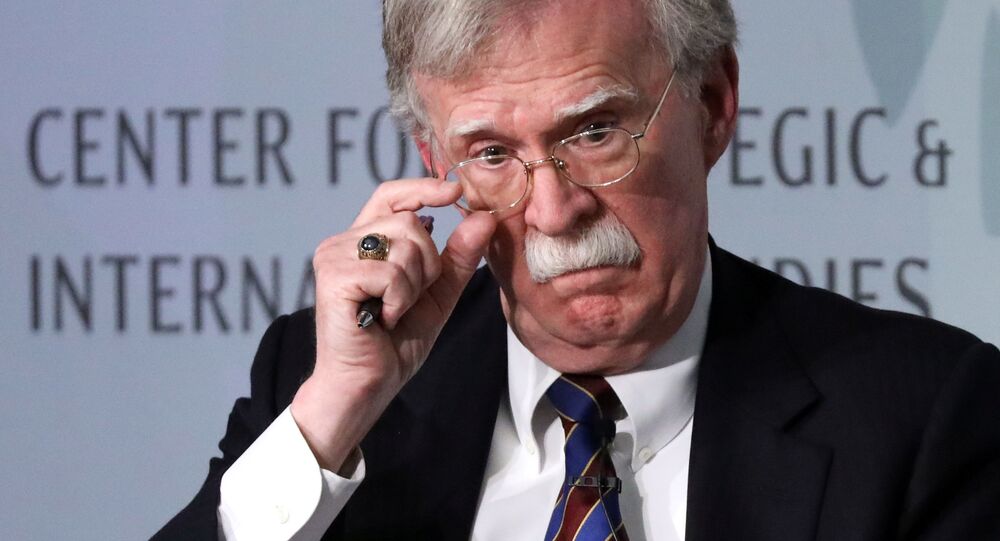 The Democrats’ impeachment proceedings against President Donald Trump were initiated last month after a whistleblower complaint alleging that Trump abused his powers by pressing his Ukrainian counterpart Volodymyr Zelensky to investigate 2020 US election candidate Joe Biden.

The source claimed that the possibility that the Democrats will issue Trump a subpoena is “increasingly likely”.

The remarks come after Fiona Hill, Trump's former Russia and Eurasia adviser who left her post in late July, testified before Congress on Monday that the US President’s personal lawyer Rudy Giuliani was allegedly involved in pressuring Ukraine into investigating Trump's political rivals and that Bolton wanted to stop this.

She insisted that Bolton said that he is “not part of whatever drug deal Rudy and Mulvaney are cooking up”.

During the testimony, Hill also cited Bolton as describing Giuliani as "a hand grenade who's going to blow everyone up".

In September, Trump announced that he had sacked Bolton, adding that he "disagreed strongly with many of his suggestions", while Bolton himself claimed that he had tendered his resignation.

The developments came as House Speaker Nancy Pelosi launched a formal impeachment inquiry into President Trump on 24 September, in light of a government whistleblower complaint alleging that Trump abused his powers by pressing his Ukrainian counterpart Volodymyr Zelensky to investigate alleged corruption of Joe Biden, one of the candidates mostly likely to face Trump in the 2020 election.

Trump, for his part, dismissed all allegations of misconduct, insisting that his talks with Zelensky were "pitch perfect". He also slammed the impeachment as yet another "witch hunt" against him as well as a “hoax” and a “coup”.