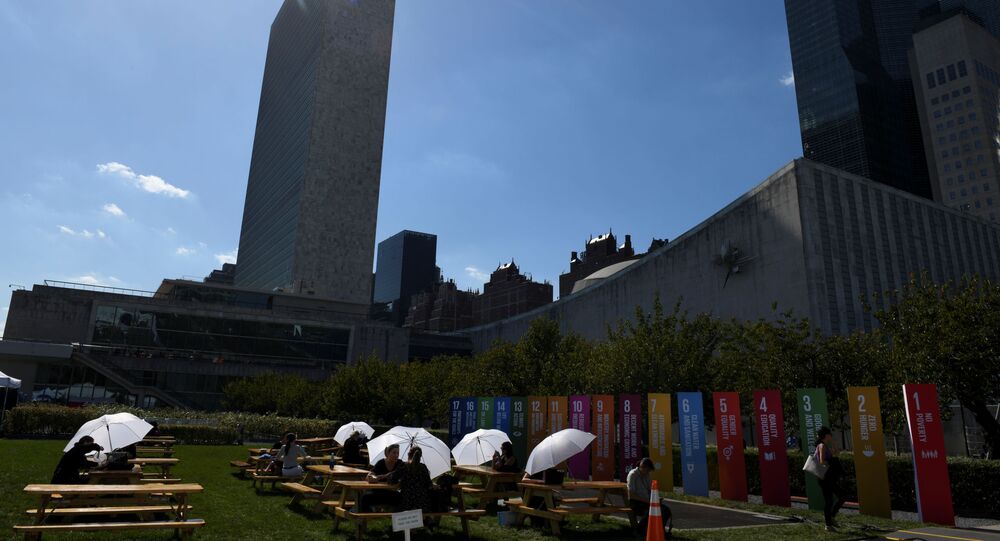 UNITED NATIONS (Sputnik) - Russian diplomats will ask United Nations Secretary-General Antonio Guterres to resolve the problem caused by the United States refusing to issue visas to delegates participating in the UN General Assembly Sixth Committee, according to a diplomatic source.

“We intend to ask the UN Secretary-General to intervene in the situation and try to resolve it”, the source said on Tuesday.

According to the source, the Sixth Committee - which deals with legal issues - will resume its session or Friday or the following Monday, after taking a pause due to the problems that diplomats, including from Russia, Iran and Cuba, have faced when trying to obtain US visas.

“A compromise was reached to skip the first three items of the Committee [combating international terrorism, the rule of law, criminal accountability of UN officials] so as not to block the work of the forum”, the source said.

The source explained that the rest of the program of work and its approval would depend on whether there will be progress regarding the US refusal to grant visas and imposing restrictions on the movement of diplomats.

The First Committee also suspended its work on Monday because the United States; practice not to issue visas to diplomats from a number of delegations, including to members of the Russian delegation.

Last week, Russia’s Deputy Ambassador to the United Nations Dmitry Polyanskiy proposed to shift the location of the First Committee from New York to Vienna or Geneva, citing obstacles Russian diplomats have faced when trying to obtain US visas.

UN spokesperson Stephane Dujarric said the world body has addressed the issue of the United States denying visas to Russian diplomats - who were set to participate in the work of the UN General Assembly First Committee - at different levels.