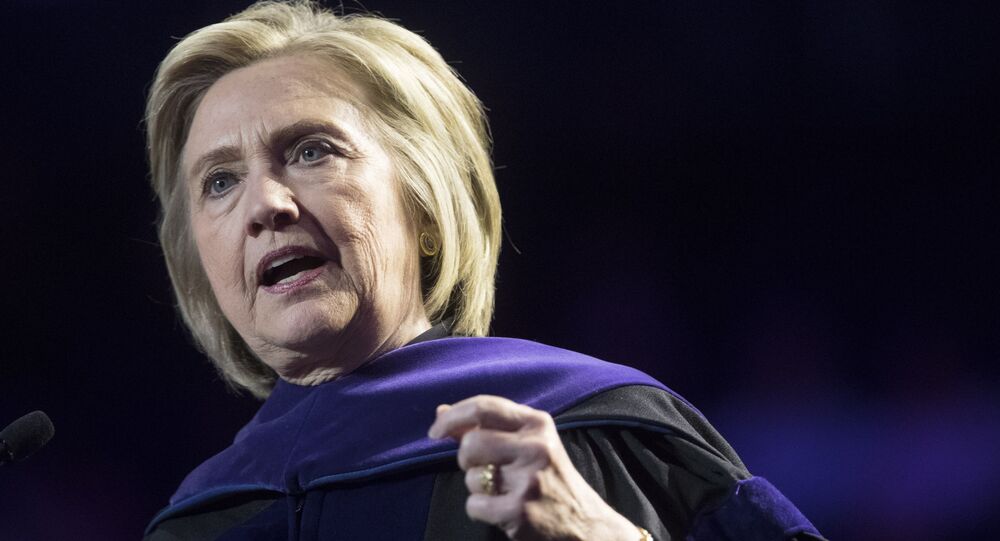 Former US Secretary of State Hillary Clinton was President Trump's principal rival in the 2016 presidential election. She lost to Trump despite winning the majority of the popular vote.

US President Donald Trump has challenged Hillary Clinton to join the 2020 US presidential race on condition that she gives an explanation regarding the notorious email scandal.

The emails he refers to in his tweet are related to an FBI investigation into Clinton who used a private server and email accounts during her tenure as US Secretary of State.

Just a few hours after Trump's morning tweet, Clinton fired back, tweeting, "Don't tempt me. Do your job."

​Clinton was accused of "culling out" some 30,000 of her 'personal' emails without following the correct National Archives procedures.

The Clinton email saga, also known as 'emailgate', has followed Clinton for many years. In 2017, materials handed over to Judicial Watch by the State Department revealed examples of what appeared to be 'pay-to-play' politics, in which Clinton would receive generous donations to the Clinton Foundation from private and state donors in exchange for government appointments, policy positions, and government contracts.