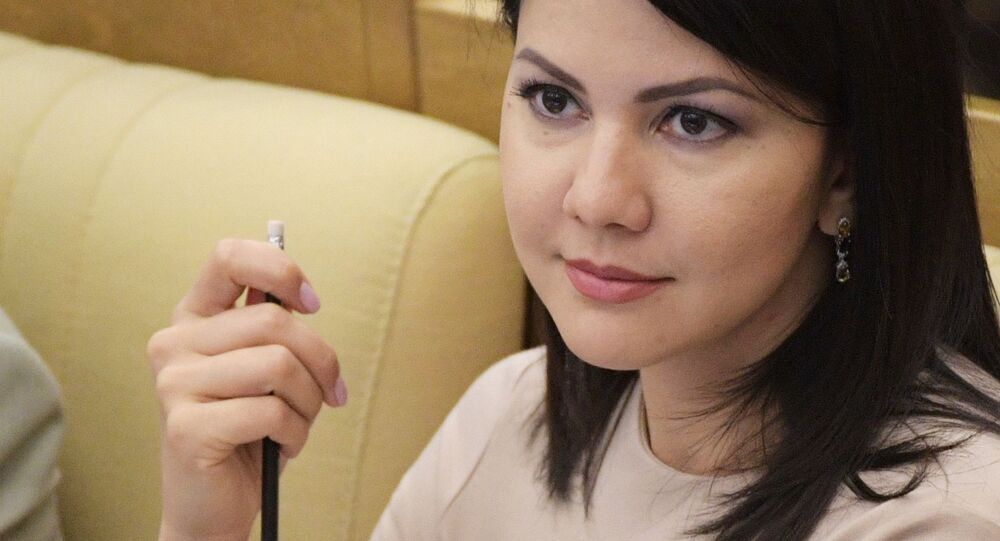 The Russian Embassy has sent a note of protest to the US State Department over FBI questioning of Russian parliament member Inga Yumasheva upon her arrival to the United States, where she planned to participate in the Fort Ross Dialogue forum.

"She [Yumasheva] was detained at the airport in New York. She was asked to go to a separate room and an FBI officer, who introduced himself, started to question her, for an hour … Moreover, she was offered to meet with the FBI officer in a different, informal setting and to continue the conversation," Russian Ambassador to the United States Anatoly Antonov said on Saturday.

He stressed that Russia considers such actions unacceptable.

"We sent a relevant note of protest to the State Department today," Antonov added, emphasizing that the Russian Embassy is waiting for an explanation.

Inga Yumasheva refrained from commenting on being questioned by an FBI officer.

"I briefed Russian Ambassador Anatoly Antonov on the situation, and now our diplomats are dealing with it," Yumasheva said on Sunday, refusing to provide any details of what happened.

The Fort Ross Dialogue forum will be held in California on October 6. The forum is a platform for communication between US and Russian parliament members.