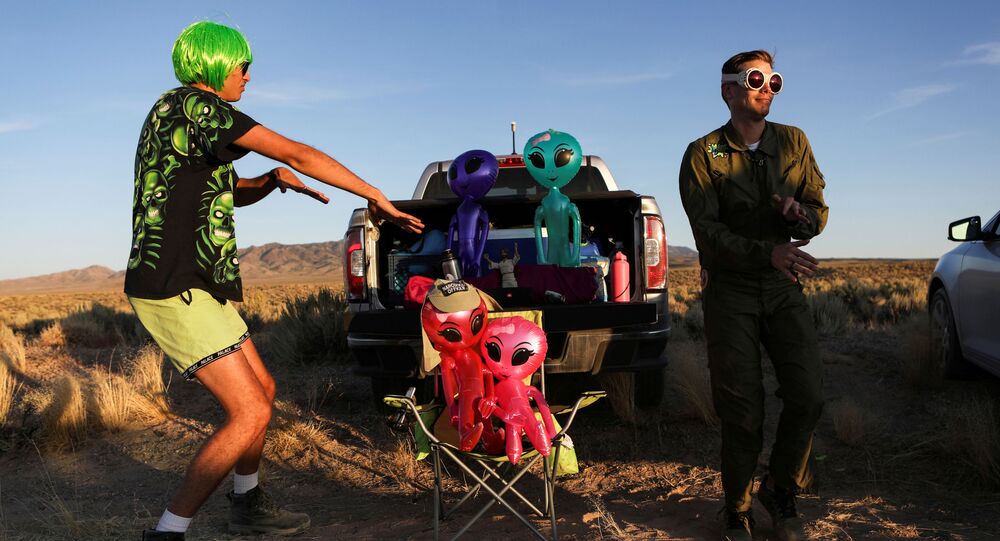 More than 3,000 UFO enthusiasts flocked to the much-hyped Area 51 top-secret military installation in Nevada desert on Thursday and Friday hoping to uncover the mysteries it holds after a Facebook event urged people to raid the base. At least three people were arrested after an attempt to trespass the grounds of the facility.

The US Defence Visual Information Distribution Service has apologised on its Twitter account over a now-deleted tweet threatening alien enthusiasts who had gathered near the notorious Area 51 this weekend.

The divisive tweet contained a picture of military personnel standing in front of a B-2 stealth bomber with the caption "the last thing #Millennials will see if they attempt the #area51raid today".

The unit, responsible for US military PR, said that it was a mistake that did not reflect its stance.

Last night a DVIDSHUB employee posted a Tweet that in NO WAY supports the stance of the Department of Defense. It was inappropriate and we apologize for this mistake.

In spite of the apology, many social media users were unhappy with the unit's 'mistake', expressing hope that the DVIDS fired the person who posted the tweet.

Were they fired for threatening American citizens, peacefully gathering, with military action?

Cuz that is exactly what they did.

​Others took aim at the 'blood-thirsty' US military itself.

It just shows how blood thirsty the US is , they will kill for fun.

It was entirely appropriate and hilarious. The person who thinks otherwise should be shit canned.

Wow, a bit hypersensitive. I just liked the tweet, a bit of humour. 😂

Area 51 plays a pivotal role in many UFO and other conspiracy theories. Some people believe that the facility stores the fragments of an alien spacecraft that allegedly crashed at Roswell in 1947. The US government officially recognised the existence of the base only in 2013. Authorities have warned that any attempts to raid the military installation would not be tolerated.

Alien-Hunters Gather Near Area 51 To 'See Them Aliens' - Video