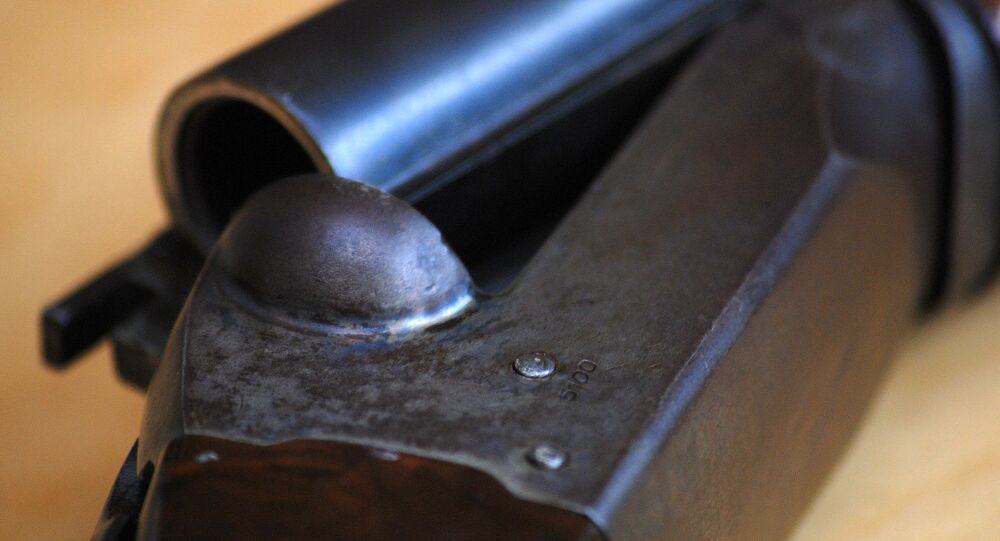 Shotgun, Poetry, Other Items Belonging to Bonnie And Clyde to Be Auctioned

Public fascination with Bonnie and Clyde, the infamous US crime-duo lovers responsible for murders and robberies in the early 1930s, has seen their legacy cemented in popular culture.

Weapons and other historical memorabilia from one of America's most infamous couples is up for auction on Sunday 15 and is expected to fetch at least £120,000, according to the Daily Mail.

Among items for sale online which belonged to the crime duo are a shotgun ditched during a shootout, a watch once owned by Clyde Barrow and a book of poems written by Bonnie Parker.

Police recovered the gun after firefight with the couple in 1933 which led to the deaths of 2 police officers. Opening bid is as of Sunday evening is £75,000.

"Besides the timeless love story of Bonnie and Clyde, the Barrow gang was known for their massive fire power which could out gun any local sheriff who happened upon them. This particular Browning shotgun was recovered by a law officer who survived a shootout with Clyde Barrow. This is an extremely important piece in the history of Bonnie and Clyde, and would make a stellar centerpiece for any collection of US criminal justice artefacts."

Bonnie and Clyde shotgun is tipped to sell for £60,000 as duo’s artefacts head to auction https://t.co/t4fPpZMxb4 pic.twitter.com/SwChmjKYMb

​A gold watch recovered from Barrow after his death in another shoot-out a year later will see bidding start at $6000.

Among the list of artefacts is a bloodstained bandage used to treat one of Barrow's gunshot wounds as well as police 'wanted' posters for the couple.

The collection also features a chilling warning letter from Barrow toward gang member Raymond Hamilton who had fallen out of favour with the pair and who was awaiting an execution sentence.

Hamilton was the recipient of Barrow's anger after being called a coward for getting caught and saying that he would have killed him himself if he had remained free.

"Due to the fact that you offered no resistance, sympathy is lacking. The most I can do is hope you miss the "chair"," the letter reads.

Barrow described Hamilton as a "rat" who "cowered in the floorboard afraid to take a shot" during a gunfight.

"When we got the road 'blocked' on us in the Ozarks and you were too 'yellow' to fight. You cowered in the floorboard, afraid of being shot. I hope this will serve the purpose of letting you know that you can never expect the least of sympathy or assistance from me. So long," Barrow wrote.

Barrow added in an eerie foreshadowing of his own death: "I know that some day they will get me but it won't be without resistance."

Despite being Barrow's words, the letter was written in Parker's handwriting around April 1934, just a month before their own deaths at the hands of the police.

Parker's jail poems are also for sale, written in 1932 following her arrest for armed robbery with Barrow and Hamilton.

The notorious couple met in 1930 in Texas and are believed to be responsible for up to 13 murders and several robberies and burglaries by 1934, the year they were killed.

The public became infatuated with the pair while the Great Depression raged in the US becoming famous for evading authorities in dramatic shoot-outs and escapes.

Moscow region "Bonnie and Clyde" set to go on trial