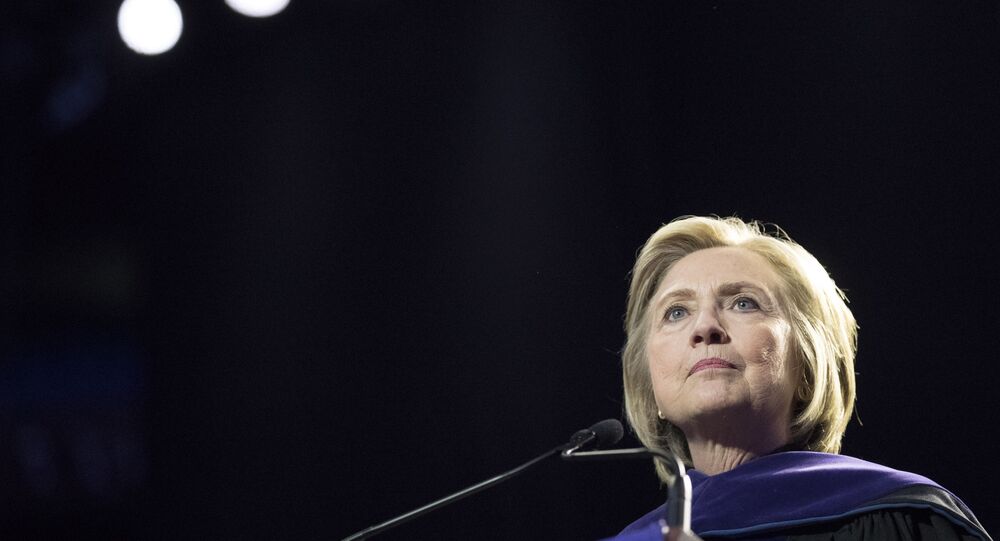 Hillary Clinton claims the study has been debunked, but its author, a one-time Clinton supporter, insists he has adhered to high standards of integrity.

Psychology researcher Dr. Robert Epstein claims he has found a “dramatic” bias in Google search results that may have shifted millions of undecided voters to Hillary Clinton in the 2016 campaign.

His study focused on election-related searches from a “diverse group of American voters” – a total of 95 people across 24 states.

“I looked at politically-oriented searches that these people were conducting on Google, Bing and Yahoo,” he said in an interview with Fox News. “I was able to preserve more than 13,000 searches and 98,000 web pages, and I found very dramatic bias in Google's search results – not on Bing and Yahoo, just Google’s – favoring Hillary Clinton, whom I supported strongly.”

Millions of Votes at Stake

He said the level of “bias” was sufficient to covertly sway between 2.6 and 10.4 million votes to Hillary Clinton.

He said it was manifested in as-you-type suggestions, as well as in subsequent search results. “We now know that those search suggestions have a very, very powerful effect on people, and that they alone can shift opinions and votes dramatically,” Dr. Epstein explained.

“And then search results appear below,” he continued. “The point is if there’s a bias in them – which means if a search result that's high up on the list, if that takes you to a web page that makes one candidate look better than another – if you're undecided and you're trying to make up your mind, what we've learned is that information posted high in Google search results will shift opinions among undecided people dramatically because people trust Google and they especially trust high-ranking search results.”

“We found a very dramatic pro-Hillary Clinton bias on Google, but not the other search engines, and in all ten search positions on the first page of search results.”

Dr. Epstein findings, first presented in 2016, appear to demonstrate that Google’s search engine was withholding negative search terms for Mrs. Clinton, suggesting positive ones instead – but worked “a bit less hard to suppress negative search suggestions” for Donald Trump and some other politicians.

Trump and Clinton React to the Study

Trump paid attention to Epstein’s findings last month, albeit inflating the number of people that could have been swung to Clinton’s side, and suggested that Google should be sued.

Wow, Report Just Out! Google manipulated from 2.6 million to 16 million votes for Hillary Clinton in 2016 Election! This was put out by a Clinton supporter, not a Trump Supporter! Google should be sued. My victory was even bigger than thought! @JudicialWatch

Mrs Clinton was quick to react, claiming that the report has been “debunked” already.

The debunked study you’re referring to was based on 21 undecided voters. For context that’s about half the number of people associated with your campaign who have been indicted. https://t.co/0zHnWvGjSv

​But Epstein described her comments as “outrageous” and “blatant lies”, recalling that Alphabet, the company managing Google, was a top donor of Clinton’s campaign, and that her chief technology officer Stephanie Hannon previously was a director of product management at Google.

“She says my work has been ‘debunked’ – that’s blatantly false. My work has always adhered to the very high standards of integrity,” he maintained.

“Dr. Epstein’s study is reflective of what happens when a political crisis meets big monopoly tech corporations,” political analyst and author Danny Haiphong said, suggesting that the research “shows a coordinated effort among the corporate sector to support whichever political candidate they believe will serve their profit margins.”

He added: “Monopoly tech giants and the National Security State possess a vested interest in manipulating the hearts and minds of working people in the United States.”

Google maintains that its products have no political bias, and that its search algorithms are not programmed otherwise.

This is not the first time Google’s stated non-bias is put into question. In the summer, internet watchdog group Project Veritas leaked purported internal e-mails of the company’s “transparency and ethics” team, in which the employees discussed disabling the search suggestions feature for conservative commentators such as Jordan Peterson and Dennis Prager.