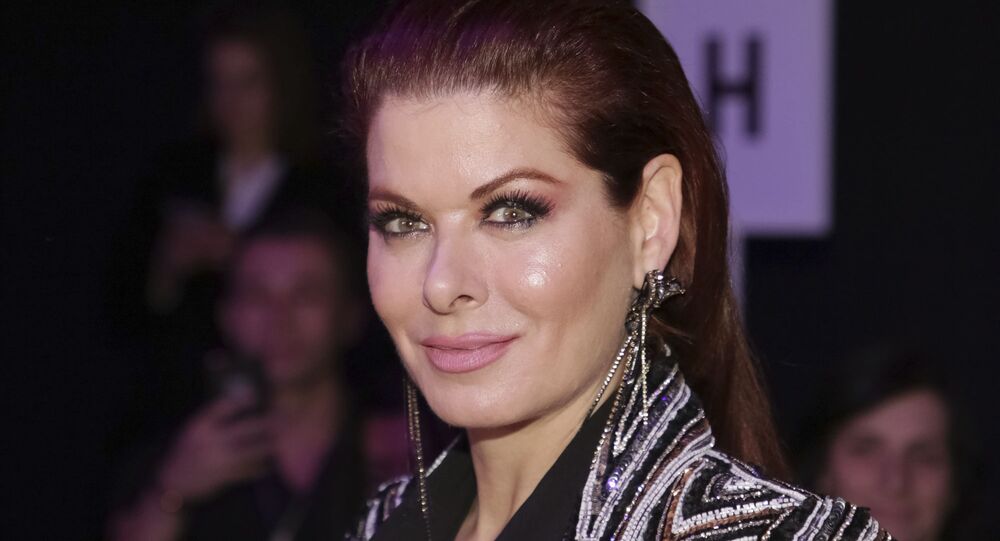 The controversial sign has been put on display at a Baptist church in Alabama; it derides both black and white Trump voters – each for a different reason.

Actress Debra Messing has apparently celebrated a message by a church that derided Donald Trump’s supporters.

The 51-year-old actress, perhaps best known for her role on the award-winning sitcom Will & Grace, replied “Thank You #Alabama” to a tweet about a sign placed near the New Era Baptist Church in Birmingham, Alabama, reading: “A black vote for Trump is mental illness.”

The other side of the sign says, “A white vote for Trump is pure racism.”

“When you vote for Donald Trump, you are supporting institutionalised racism,” Jordan said.

A local Trump supporter named Daxton Kirk complained about the sign, saying that people “should not be able to come into a building and feel like you are hated or diversified just because you came here to worship the Lord.”

He said he had reached out to local officials and asked them to take action on the sign.

“That's right grandma, you tell those black citizens what's best for them and order them around for their own good!” one user wrote sarcastically.

Another said: “I totally agree with you! Black people shouldn’t be allowed to vote for who they want.”

Nothing says "I'm super woke" like mocking minorities for thinking for themselves.

​“I had no idea Hollywood still harbored this level of prejudice against people of color. Disgusting,” one comment read.

Messing, a global ambassador for the non-profit Population Services International, which seeks to improve health in developing countries, has joined her Will & Grace co-star Eric McCormack in a push for the media to out Hollywood attendees of an upcoming Beverly Hills fundraiser for Donald Trump.

“Please print a list of all attendees please. The public has a right to know,” she replied to a post about the event by The Hollywood Reporter.

Please print a list of all attendees please. The public has a right to know. https://t.co/YV4UoxrPHI

McCormack earlier floated the same idea, calling on the magazine to “report on everyone attending this event, so the rest of us can be clear about who we don’t wanna work with.”