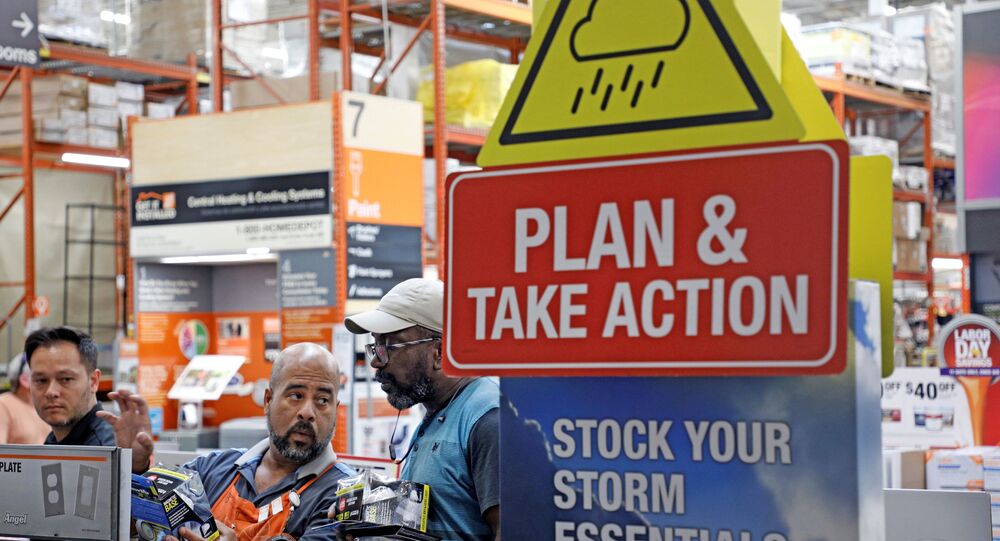 Hurricane Dorian Changes Its Path, Aiming at Georgia and Carolinas

The National Hurricane Center has reassessed the strength of Hurricane Dorian, assigning it to Category 4 storm and warning that there has been a "notable change" its path overnight.

While Florida is still in the so-called "cone of uncertainty", the hurricane could possibly also make landfall in Georgia, or in either of the Carolinas.

8/31 8 AM EDT: There's been a notable change overnight to the forecast of #Dorian after Tuesday. It should be stressed that the new forecast track does not preclude Dorian making landfall on the Florida coast, as large portions of the coast remain in the track cone of uncertainty pic.twitter.com/GSds0bKunM

​Authorities in both North and South Carolina have declared a state of emergency but have held off mass evacuations due to uncertainty over the hurricane's path.

"Sometimes if you evacuate too soon, you may evacuate into the path of the storm if it changes," Governor Ron DeSantis said in a statement on Friday.

Hurricane season peaks between mid-August and late October in the United States. The most devastating season was in 1935 when an unnamed hurricane struck Florida's Gulf Coast, killing 400 people.