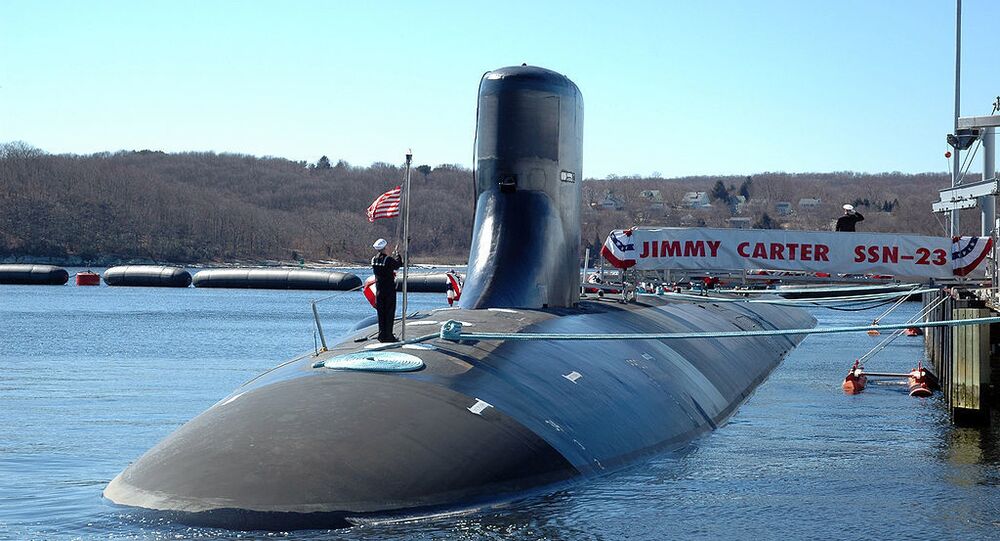 The embattled officer was touted as an “incredible asset” by a US Representative for Connecticut during his promotion ceremony in 2016. A couple of years later, he became part of the crew of what is thought to be the US navy’s most advanced submarine.

Lieutenant Commander Jonathan Cebik of the nuclear powered attack submarine USS Jimmy Carter has been relieved of his duty after questions “arose” over his personal conduct, the newspaper Stars and Stripes reports. There was no immediate word on what these questions referred to.

The newspaper claimed that Cebik, the Jimmy Carter’s top officer, was reassigned to another submarine last week after the command “lost confidence in his personal judgement.”

Cebik, who was reportedly enlisted to the Jimmy Carter in April 2018, was touted as an “incredible asset” by a US Representative for Connecticut Joe Courtney during his promotion ceremony in 2016.

The senior officer was relieved of his duty as several leaders in the US Navy were fired or reassigned last week, with scanty details surrounding the matter.

The Washington Examiner, in turn, quoted Navy contractor Bryan McGrath as saying that the reassignments were not uncommon and that “they happen every year”.

“And they tend to happen in little cluster groups. I can’t explain that. I don’t think anyone can,” McGrath added.

The USS Jimmy Carter is believed to be the US Navy’s deadliest and most sophisticated submarine which is referred to as and the “F-22” of the sea.  The F-22 Raptor is a fifth-generation stealth tactical fighter jet with the US Navy.

The 450-foot Seawolf-class Jimmy Carter is also considered to be one of the navy’s most secretive submarines designed to conduct covert maritime missions.

In 2017, however, the vessel returned to port flying a Jolly Roger flag, in what prompted speculation about the submarine sinking an enemy ship. The captain rejected allegations by claiming that the flag just meant the successful completion of a mission.