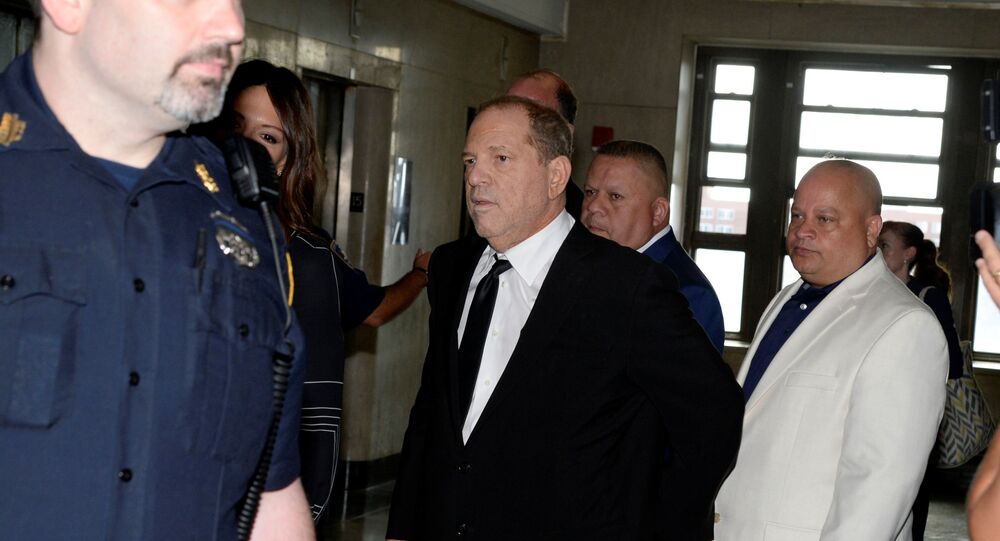 Movie mogul Harvey Weinstein arrived earlier on Monday in court to face a new indictment prior to his sexual assault trial that is to begin in September.

Harvey Weinstein has pleaded not guilty to an indictment that adds two new charges of sexual assault to his September trial.

Though the indictment wasn't made public, prosecutors say that it was needed to lay a legal foundation for alleged victim Annabella Sciorra to testify against Weinstein.

The first accusations against Weinstein emerged in October 2017, following media reports about his alleged assaults. Dozens of women claimed he had raped or sexually assaulted them, starting a campaign that gave rise to the #MeToo movement in the United States.

The alleged victims also sued The Weinstein Company and Miramax for being aware of the producer's alleged conduct and helping him to threaten and pay off victims, Sputnik previously reported.

Weinstein has refuted all accusations of non-consensual sex.