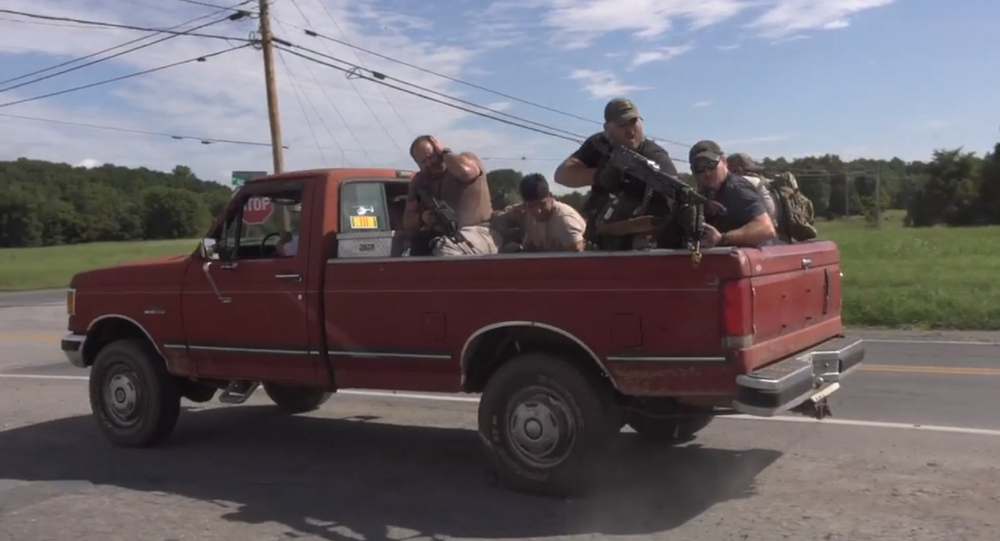 Known as ‘Robin Sage’, the drills are considered the US Army’s ‘premiere unconventional warfare exercise’, and see special forces cadets, troops out of the Fort Bragg military installation, and volunteer civilians descend on counties across North Carolina for training.

The US Army is planning to hold a series of extensive special forces training drills across 21 counties in North Carolina starting next Friday and running through September 12, with the military urging the public not to be concerned about the drills, which will feature troops “acting as realistic opposing forces and guerilla freedom fighters, known as Pineland’s resistance movement,” the Charlotte Observer has reported, citing an Army press release.

The special forces student-based ‘resistance’ will be wearing civilian clothes, along with a “distinctive brown armband,” with personnel involved in the drills simulating “an environment of political instability characterized by armed conflict, forcing Soldiers to analyse and solve problems to meet the challenges of this ‘real-world’ training,” the release added.

Footage from previous similar drills shows troops in army camo detaining a vehicle, frisking a suspect, and roleplaying machinegun-toting ‘militia’ fighters driving around in in a battered pickup truck, followed by tactical engagements in a wooded area and a warehouse. Previous iterations of the drills have included the use of helicopters, Humvees, and other military equipment.

According to the military, the drills were announced well ahead of time, with all local law enforcement agencies and local officials informed following a deadly 2002 incident which saw one soldier killed and another wounded after a police officer from Moore County mistook troops involved in the drills for actual criminals.

“Residents may hear blank gunfire and see occasional flares. Controls are in place to ensure there is no risk to persons or property. Residents with concerns should contact local law enforcement officials, who will immediately contact exercise control officials,” officials said.

Online however, suspicious users speculated about the true purpose of the drills, with some wondering whether they were meant to putting down and destroying “liberal antifa inspired rioting,” while others argued that maybe the real target was “civilians!”

“This is called martial law. This type of activity is not necessary for American citizens to see or partake of,” one concerned user wrote. “Are they preparing for a civil war in the USA?” another asked. “Now ask yourself why are they not doing this on a military base?” a third queried.

Others asked whether the drill was a repeat of ‘Jade Helm’, a series of exercises across multiple states from California to Texas in the summer of 2015 which similarly led to conspiracies about the drills being “a psychological operation aimed at getting people used to seeing military forces on the streets.” A few paranoid users even suggested that residents could exprect a “false flag” operation in North Carolina soon due to the drills.

Others took aim at the Army’s nonchalant tone urging locals ‘not to be concerned’. “Don’t be concerned if people come bursting into your home or place of business because it’s just a military exercise?” one user sarcastically asked. “And this is why we need weapons,” another added.

Don't be concerned if people come bursting into your home or place of business because it's just a military exercise?
Secretive warfare training being staged in 21 North Carolina counties, Army says https://t.co/GNJN25Hp4F

Only a few users were found online calling for calm, with one user saying he lives in the area, and that these kinds of drills happen “on the regular, and it is frankly not news.”

This is nothing new. I live in the area, this happens on the regular, and it is frankly NOT NEWS.

If they are just now finding out about Robin Sage then they may be complying with some current stereotypes. Everybody within a 4 day forced march of Fayetteville, knows what Robin Sage is.