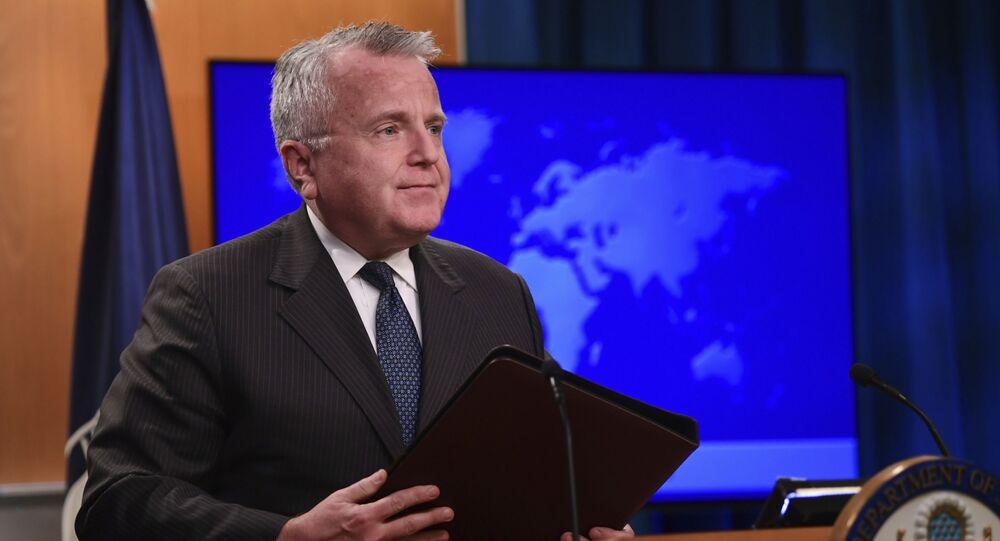 If appointed, Sullivan will be replacing Jon Huntsman Jr. in the position in Moscow. This comes as the US and Russia have been experiencing a decline in bilateral ties for several years in a row.

US President Donald Trump is expected to nominate Deputy Secretary of State John Sullivan to the position of ambassador to Russia, The New York Time reported, citing an anonymous administration official. The State Department has declined to comment on the report, while the White House hasn’t responded. Trump himself stated that Sullivan "could very well be" the next US envoy to Russia in a statement on 20 August.

Sullivan was appointed to his current position by Trump in 2017 and was confirmed by the Senate with 94 votes out of 100. During the confirmation hearing, he emphasised his harsh stance towards Russia, including on the alleged interference in the 2016 election, which Moscow vehemently denies.

At the same time, he doesn't have much experience in communicating with Russia, apart from recently meeting with Russian Deputy Foreign Minister Sergei Ryabkov to discuss arms control in light of the US withdrawal from the Intermediate-Range Nuclear Forces (INF) Treaty.

If he is successfully approved by the Senate this time, the deputy secretary of state will be replacing Ambassador Jon Huntsman Jr., who is scheduled to leave his post on 3 October 2019. Earlier, a CNN report, citing two officials from the administration, suggested that Trump would nominate Stephen Biegun, US special representative for North Korea, to Huntsman's position.

Sullivan's alleged potential nomination comes as relations between the two countries are at a low point. The US accuses Russia of meddling in its 2016 presidential election, something that Moscow denies, and of alleged aggressive actions against Ukraine. Washington has imposed several rounds of sanctions against Russia under the pretext of these accusations.

US DoJ Considering Request on Transferring Yaroshenko to Russia – Ambassador

US Ambassador to Russia Huntsman Steps Down From His Post