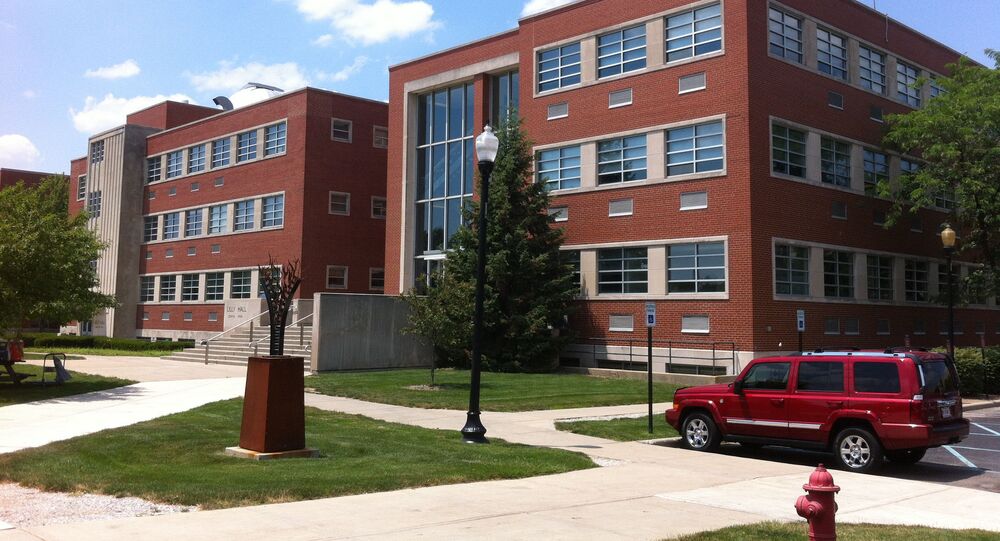 The University of Indianapolis (UIndy) has opened a housing investigation after two Jewish students from Israel discovered swastikas drawn on the wall of their dormitory room on move-in day.

On Monday, Jewish-Israeli twin sisters Shira and Michal Sasson’s first day of the semester at UIndy prompted an almost immediate call to university police, as the duo spotted two red swastikas scrawled onto the wall of their dorm room in Roberts Hall.

"I was disgusted, hurt and really taken aback," Michal told the IndyStar on Tuesday. "I was quite surprised. I've never received this kind of hate."

The sisters, both third-year students and athletes on the UIndy Women’s Basketball team, say UIndy Police responded within minutes and filed a report. UIndy has since announced that they will be investigating the situation using a roster of thousands of people from outside organizations that used their dormitories over the summer.

YouTube/WTHR
One of the two swastikas found by Jewish-Israeli twin sisters Shira and Michal Sasson on move-in day.

"Although we do not yet know the source of this anti-Semitic act, we should all be reminded that the University of Indianapolis is a welcoming and inclusive environment, denounces actions such as these, and does not tolerate anti-Semitic actions or any behavior that is aligned with ideologies that promote hate,” the university said in a statement Tuesday.

Shira noted to Fox 59 that the sisters do not know whether they were targeted with the symbol, but also expressed that they hope people of other backgrounds will speak out against any signs of hate they come across.

“I don’t know what they meant by doing that, but that’s definitely a symbol of hate and we don’t have a place for that here,” Shira said. “We happen to be Jewish-Israeli; it hurt a bit more; anyone who finds this on the wall has to report this and has to speak up.”

Michal told the IndyStar that she and her sister are pleased with the action taken and concern shown by both the university and their fellow students.

"The University of Indianapolis has been in contact with Lindsey Mintz, Executive Director of the Indianapolis Jewish Community Relations Council, to ensure that we are working together to create appropriate responses, and discuss ways to create learning moments for our campus community,” UIndy’s Tuesday press release reads.

UIndy is footing the bill for the Sassons’ off-campus stay at a hotel for an unspecified amount of time.