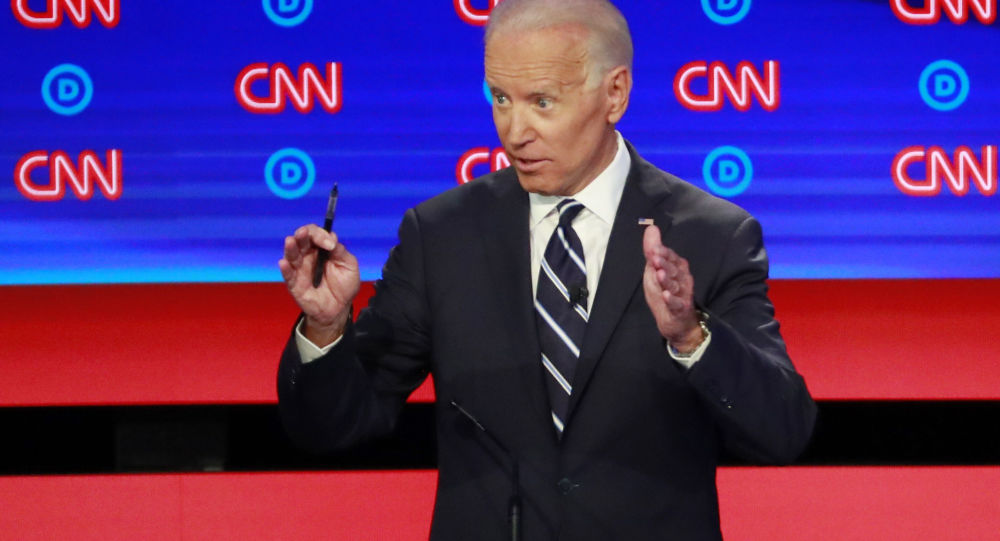 The ex-vice president has previously faced harsh criticism for his stance on migration, with numerous Democratic politicians claiming that the detention of the illegal migrants was a violation of their human rights.

Protestors repeatedly interrupted Joe Biden and other politicians during the Democratic primaries in Detroit on Wednesday. Some of them were shouting "three million deportations" at the former vice president, referring to the approximate number of illegal aliens deported during the presidency of Barack Obama.

"If you say you can just cross the border, what do you say to all of those people around the world who want the same thing — to come to the United States and make their case — that they have to wait in line.... if you cross the border illegally, you should be able to be sent back. It's a crime", Biden stressed at the event.

"To compare [Obama] to Donald Trump, I think is absolutely bizarre", Biden countered.

Many Democrats are seeking to decriminalise illegal immigration, while the country is facing a wave of people coming to the US without documents. President Donald Trump declared a national emergency in February to tackle the crisis, secure the border and get funding for a wall between the US and Mexico.