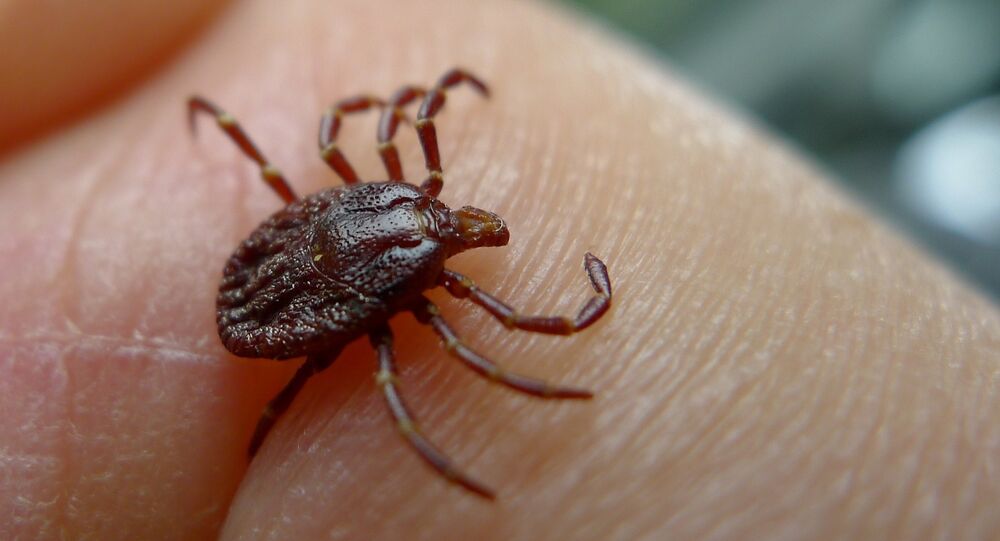 The office must also report “whether any ticks or insects used in such experiments were released outside of any laboratory by accident or experiment design” should any evidence be found, the amendment said.

The Department of Defence (DoD) must tell US lawmakers if it had used “weaponised” ticks to conduct biowarfare experiments, a new bill passed in the House of Representatives said.

US lawmakers want to know if the insects were released from the Defence Department’s laboratories after Republican legislators in the House of Representatives voted that DoD Inspector General to investigate if the micro-menaces were used in biological warfare trials over a 25-year period.

The news comes after Roll Call reported that US legislators had added the amendment, introduced by Republican congressman Chris Smith, to the Defence Authorisation Act 2020, demanding the DoD inspector general’s office to “conduct a review of whether the Department of Defence experimented with ticks and other insects regarding use as a biological weapon between the years of 1950 and 1975.”

House orders Pentagon to say if it weaponized ticks and released them https://t.co/3z4RdXL7vj via @RollCall includes quote from LDA's Pat Smith

The amendment was added before the authorisation bill had been passed, but must pass the Senate before US president Donald Trump can sign it into effect.

The latest developments follow the release of the book Bitten: The Secret History of Lyme Disease and Biological Weapons, which was released earlier this year arguing whether the DoD had conducted research on such experiments. Author Kris Newby also correlates a relationship between the experiment timeline and the outbreak of Lyme disease.

Mr Newby, who is the Congressional Lyme Disease Caucus’s founding co-chairman, said that the US needed “answers” and needed them “now”. Lyme Disease Association president Pat Smith also said that investigating previous experiments may help doctors to fight the illness.

I work in news and I'm so shocked this is not the top story of the day. Media needs to do better. #news #lymedisease #pentagon #washingtondc #congress https://t.co/8AyCBHd7kE

This is nothing new. Read the book 'Lab 257'. It talks all about the Plum Island laboratories and what was going on when they were active. West Nile virus absolutely came from Lab 257. Lyme disease too. https://t.co/MiRGdFwHPG

She said: “We need to find out: is there anything in this research that was supposedly done that can help us to find information that is germane to patient health and combating the spread of the disease.

Lyme disease is caused by the bacterium Borrelia burgdorferi and can affect multiple organ systems such as the heart, brain, and nervous system. The disease is treated more easily if an early diagnosis is made, and normally begins with a large, circular rash on the skin around the bite. Those infected will also develop symptoms such as a high fever, chills, headaches, muscle and joint pain, and fatigue, according to the NHS.

Beluga WHAT? 5 DARPA Biomimicry Projects You May Not Have Heard Of