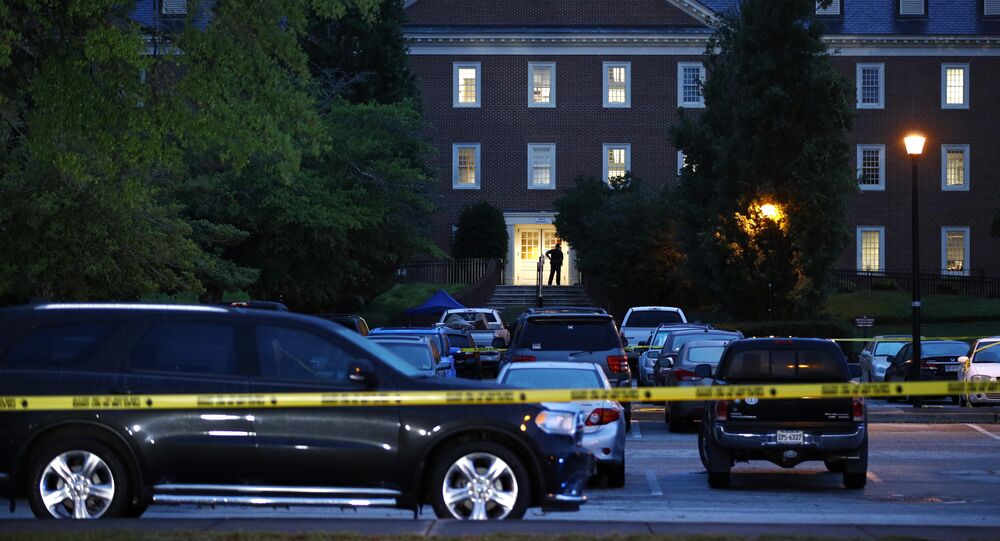 MOSCOW (Sputnik) – The Russian Embassy in the United States expressed condolences on Saturday over the mass shooting in the US city of Virginia Beach.

"Our thoughts and prayers go to victims of #VirginiaBeach shooting, as well as to everyone affected by it … We express our condolences to the family of A. M. Gusev, a native of Belarus, who died in the shooting in Virginia Beach," the embassy said on Twitter.

Our thoughts and prayers go to victims of #VirginaBeach shooting, as well as to everyone affected by it.

Earlier on Saturday, The Virginian-Pilot newspaper reported that Alex Gusev, who emigrated from Belarus to the United States in 2003, was among the victims.

At least twelve people were killed and another four wounded in a shooting at a municipal building in Virginia Beach on Friday. All but one of those killed were city employees. The police have reportedly said that 40-year-old engineer DeWayne Craddock was the suspected perpetrator, adding that he was wounded in a shootout with the police and died shortly thereafter.