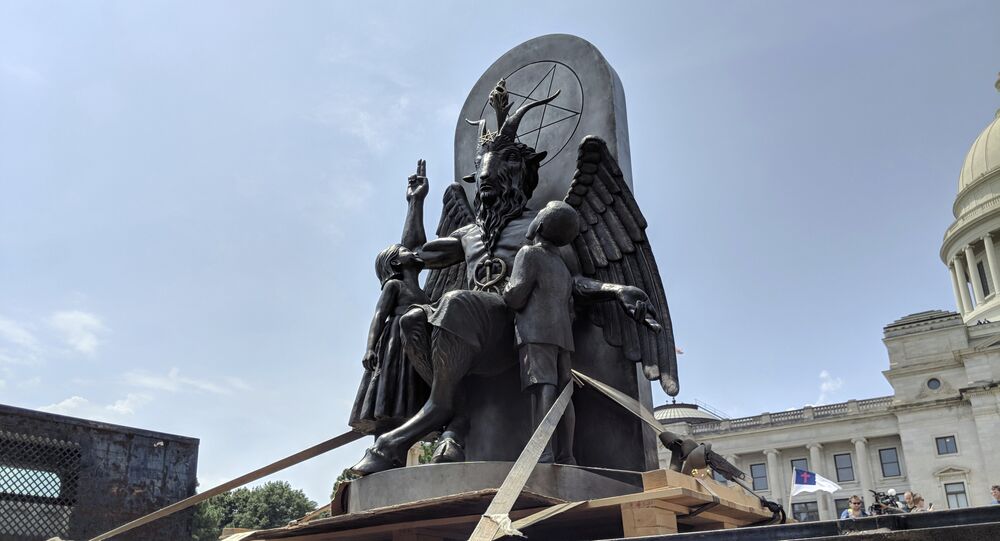 The Satanic Temple said it would challenge Tuesday’s Supreme Court ruling that upheld part of an Indiana law requiring the burial or cremation of fetal remains, citing religious freedom in declaring immunity from the law.

The group, which is also seeking to put a statue of Baphomet at the Arkansas Capitol, has announced its intention to challenge the US Supreme Court ruling on Tuesday that upheld an Indiana law requiring burial or cremation of fetal remains, the Arkansas Times reported.

The Satanic Temple Courtesy Photo
Satanic Group is Suing Netflix New Show Over Striking Likeness
According to the Satanic Temple, one of its fundamental tenets is the inviolability of one’s body.

“Members of The Satanic Temple believe that non-viable fetal tissue is part of the woman who carries it, and as such, state impositions of ceremonial requirements dictating its disposal, barring any plausible medical or sanitary concerns, is a violation of TST’s Free Exercise allowing Satanists to contextualize the termination of a pregnancy on their own terms, with reference to their own religious beliefs,” the statement reads.

The group's spokesperson and co-founder Lucien Greaves told the Arkansas Times that the group “will not be made to pay for these punitive, superfluous, and insulting burials. We claim an exemption on religious liberty grounds, and we will almost certainly prevail in the courts if we are forced to fight.”

Another member of the Satanic Temple also challenged, on the grounds of religious freedom, a Missouri law that says women must wait three days when seeking an abortion, The Associated Press reported.

The organization, which does not worship or believe in the Satan from the Bible and chose the literary Satan as their symbol to promote pragmatic scepticism, is known for its vocal advocacy for separation between church and state.