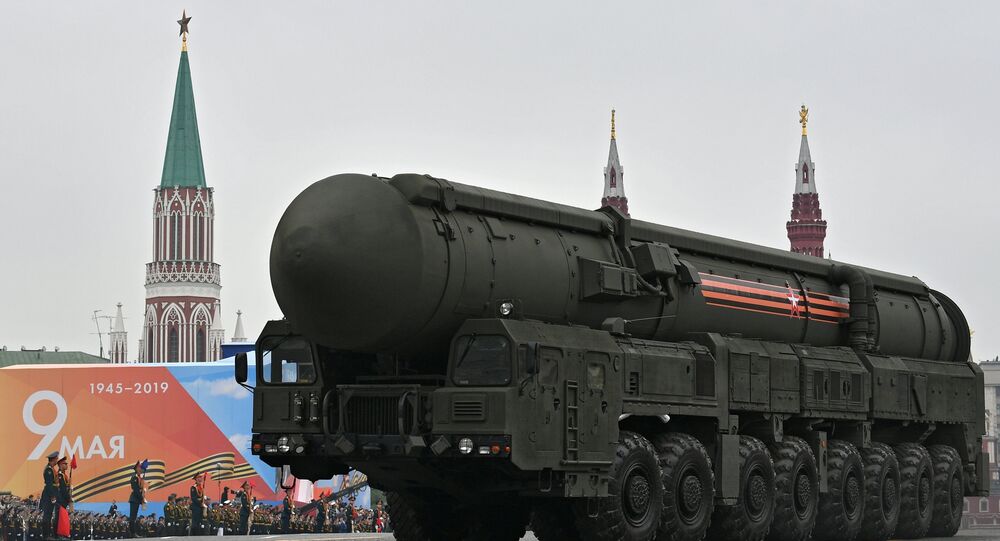 WASHINGTON (Sputnik) - US President Donald Trump will not decide on whether to extend the New Strategic Arms Reduction Treaty (New START) with Russia until 2020, Special Assistant to the President and Senior Director for Weapons of Mass Destruction and Biodefence Tim Morrison said.

"I think New START Treaty is a decision the president would make at some point next year", Morrison said during a discussion at the Hudson Institute on the arms control landscape.

The statement comes after US Under Secretary of State for Arms Control Andrea Thompson said earlier in May that the US "administration has not made any decision on a potential extension of New START".

US Secretary of State Mike Pompeo has also commented on the matter, saying that Washington and Moscow will gather teams that will work on the potential extension of the New START as well as other arms control matters.

At the same time, according to the Kremlin, Russia lacks clear understanding of a US possition on the possible negotiations on the extension of the treaty, stressing that Moscow is interested in extending the New START.

Prior to that, the US formally suspended its obligations under the Intermediate-range Nuclear Forces (INF) Treaty over Russia's alleged violations of the agreement. Moscow has refuted the accusations, saying that it is Washington that is in violation of the treaty. Russia, in turn, has also suspended its participation in the treaty, however, saying that all of its earlier proposals remained on table.

The New START went into force in 2011 and prolongs for a 10-year period with the possibility of a five-year extension. The agreement limits the number of deployed intercontinental ballistic missiles, submarine-launched ballistic missiles, nuclear armed bombers and nuclear warheads.