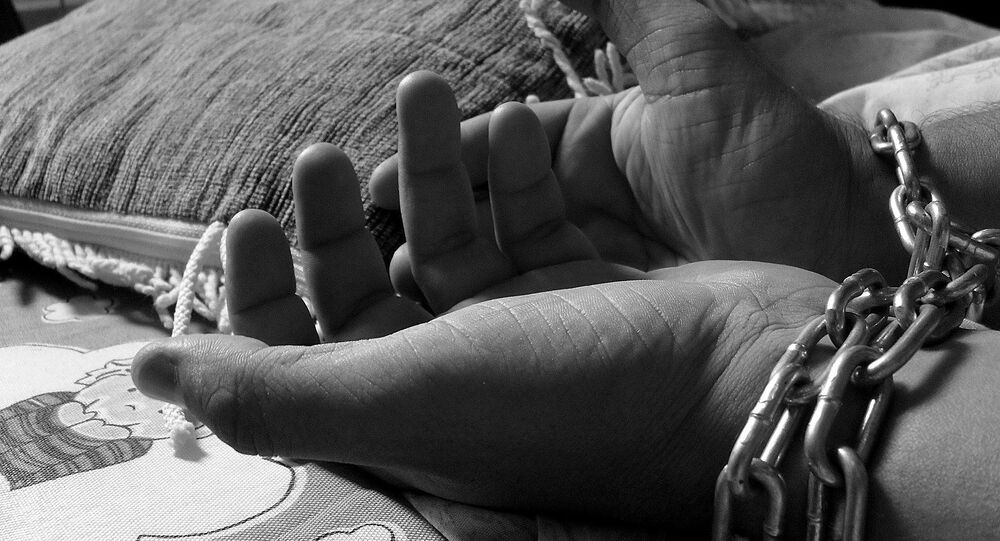 ‘Being Preyed Upon’: US Rehab Center Accused of Using Patients as Free Labor

The Cenikor Foundation, a nonprofit drug rehabilitation organization operating throughout the US, has reportedly been shipping its patients to work at various companies and keeping their wages for the duration of their two-year programs.

An investigation carried out by Reveal from the Center for Investigative Reporting showed that the foundation has been carrying out its operation for years, with some cases dating back to the early 1990s.

More than 300 companies were dispatched workers from the program — some individuals even worked at well known companies such as Walmart, Shell and Exxon. Patients are reportedly told that the foundation collects their earnings for the duration of their stay in the program as a means to offset its costs.

© CC0
Slavery in the UK: British Agency Finds Incidents of Exploitation Up 36% in 2018

Review sites indicate that the center's admission rates range from $600 to $1,800, but that program charges vary by the individual case. According to a review posted by an individual named Karen L., one of the company's facilities "threw" out her son and kept the $1,500 fee for one day's treatment.

Another reviewer identified as "MS" remarked that the center sells individuals "a line of garbage to get you in the door," and that once admitted, "you find out it was a bunch of crap and the program is nothing like what they tell you it will be."

Logan Tullier, a former Cenikor patient, worked at an oil refinery in 115-degree, blistering heat for 10 hours a day. "It's like the closest thing to slavery," he told Reveal. "We were making them all money."

For Alester Williams, who looked to Cenikor for help getting over his addiction to alcohol and cocaine, the organization was "just a money racket."

"That place was all about manipulation and greed," he said.

The foundation has collected millions of dollars over the years. In 2018, it brought in more than $7 million from work contracts alone, the investigation revealed.

Although the US Fair Labor Standards Act states that all workers are entitled to minimum wage and must be paid for overtime work, former labor officials told Reveal researchers that Cenikor is permitted to keep earnings that amount to the cost of an individual's room and board.

However, it's not legally allowed to keep any excess wages. As such, it's unclear how the foundation was able to keep its operations going for so many years.

"They have to look at a different way to run their business operation other than merely absconding with the workers' wages," Michael Hancock, a former Department of Labor official, said when shown Reveal's findings.

"[The Cenikor patients are] being preyed upon."

Walmart told Reveal that it found the rehab program's procedures troubling, noting that it would initiate its own investigation into the accounts. Exxon stopped short of a probe, saying instead that it requires its contractors to "comply with all applicable environmental, health, safety and labor laws." Shell has not yet gotten back to the publication.