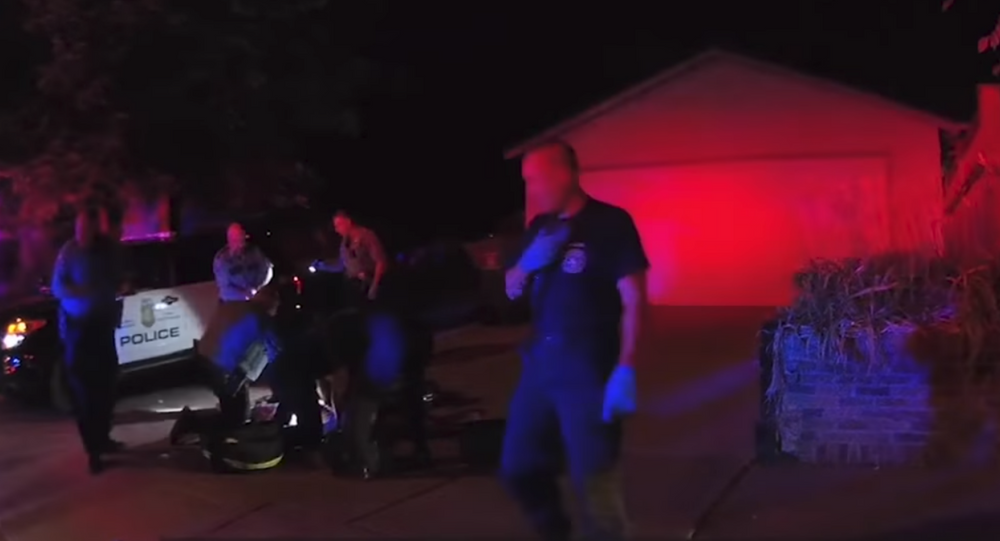 A trove of audio files and body camera videos presented as evidence in the trial of Mohamed Noor, a former cop with Minnesota's Minneapolis Police Department, was released to the public this week, offering a glimpse into the confusion that unfolded on the night that Aussie Justine Damond was killed in 2017.

© Flickr / Eelco
‘Brazen Break-In’: US Cops Seeking Leaker ID Violently Raid Reporter’s Home (PHOTO)
Damond was fatally shot by Noor on July 15, 2017. Noor had arrived to Damond's Minneapolis home with his partner, Matthew Harrity, after the pair were informed by a police dispatcher of reports of a possible assault. Those reports were filed by Damond, who during her two 911 calls indicated that she'd heard a woman in an alley behind her house making distressed "sex noises."

Newly released footage shows Harrity explaining to Sgt. Shannon Barnette that they were on the scene to investigate reports of a possible assault, and that just as they were preparing to leave the area, Damond "came up outta nowhere." Barnette was the police incident commander at the scene.

"We both got spooked. I had my gun out. I didn't fire," Harrity tells Barnette. "And then Noor pulled out and fired."

​Additional footage pulled from Barnette's bodycam captures the commander ordering her officers to cordon off the area with police tape and attempting to find out where Noor had been directed to wait until the incident could be assessed. Barnette eventually catches up with Noor, but their conversation cannot be heard as both the bodycam that Barnette and Noor were wearing are silenced.

Video pulled from responding officer Jesse Lopez captures eyebrow-raising content in which the officer instructs a visibly shaken Noor to simply keep his "mouth shut" about the shooting.

​"Just keep to yourself. Keep your mouth shut," Lopez tells Noor, appearing to inform him that he doesn't "have to say anything to anybody. Alright."

Video pulled from the bodycams of various other officers that responded to the scene shows a state of confusion, with officers struggling to understand just what happened.

Footage from officer Robert Lewis' bodycam shows him speaking to a fellow cop, trying to piece together the events that unfolded. "I don't know what the deal is," the officer says.

​Noor was ultimately convicted in April 2019 of third-degree murder and second-degree manslaughter, which carry prison sentences of 12.5 and four years, respectively. His sentencing hearing is scheduled for June 7.

​An additional five videos, which reportedly show Damond struggling to breath as first responders tend to her, are expected to be made available for public viewing on Friday. They, however, will contain some imagery and audio redactions, according to the Star Tribune.