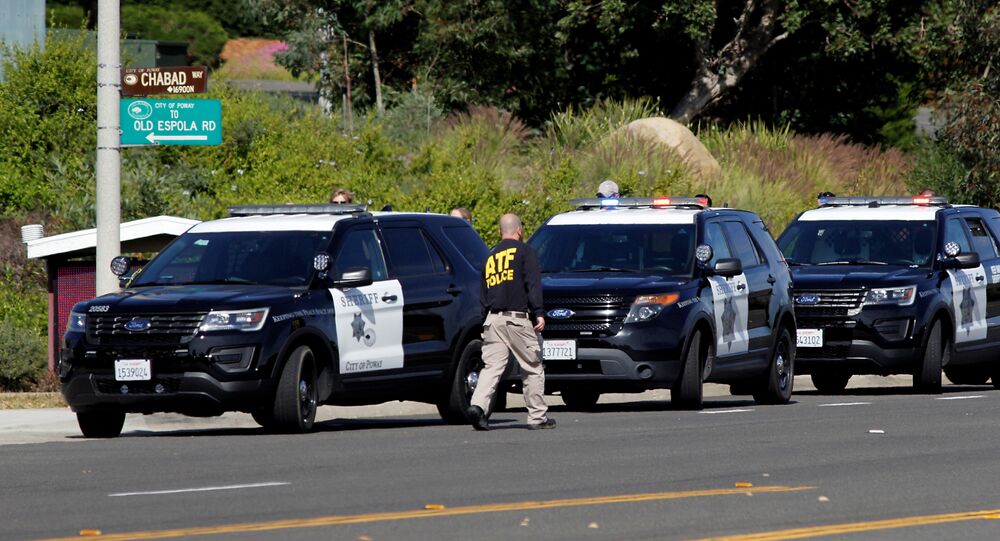 WASHINGTON (Sputnik) - A US federal court charged a California man with 113 counts including hate crimes in connection to the fatal Poway Synagogue shooting and arson of the Escondido Mosque, the Department of Justice said in a press release.

"A federal grand jury sitting in the US District Court for the Southern District of California charged a California man with federal hate crimes and additional firearms offenses, including the murder of one person and the attempted murder of 53 others, for his actions during the April 27 shooting at the Chabad of Poway Synagogue in California and the March 24 arson of the Dar-ul-Arqam Mosque in Escondido," the release said on Tuesday.

Earnest opened fire inside the synagogue during a religious service, killing one person and injuring three others and was then chased by members of the congregation as he fled. The shooting incident took place on 27 April at The Chabad Synagogue in Poway, California.

Earnest fled the scene of the shootings in his car but was later captured by law enforcement officers who discovered an AR-15 automatic rifle and magazines of ammunition in his car.

An open anti-Semitic letter was reportedly posted online several hours before the attack by a user, who called himself John T. Earnest.

© REUTERS / John Gastaldo
UN Chief Says 'Deeply Troubled' by Synagogue Shooting in California
The author of the letter pointed out that he had started preparations for the attack shortly after the Christchurch mosque shooting.

The anti-Semitic letter, issued prior to the incident, refers to the 2018 shooting in Pittsburgh, which took place on 27 October and became the deadliest ever attack against the Jewish community in the United States.

At the same time, the 15 March mosque shooting was the deadliest terror attack in New Zealand. The suspected shooter also published a manifesto filled with anti-Muslim statements prior to committing the massacre.

California Synagogue Shooting Victim Threw Herself in Path of Bullets