While the book’s critics blasted it for alleged anti-Semitism and its definition of Intifada, their opponents argued that the former act racist toward Palestinians.

A public reading event of an alphabet book titled “P is for Palestine”, penned by an Iranian-American author named Golbarg Bashi, which was originally scheduled to take place in a public library in Highland Park, New Jersey has been postponed after some members of the local Jewish community insisted that the book “introduces youngsters to violence and anti-Semitism”, Fox News reports. 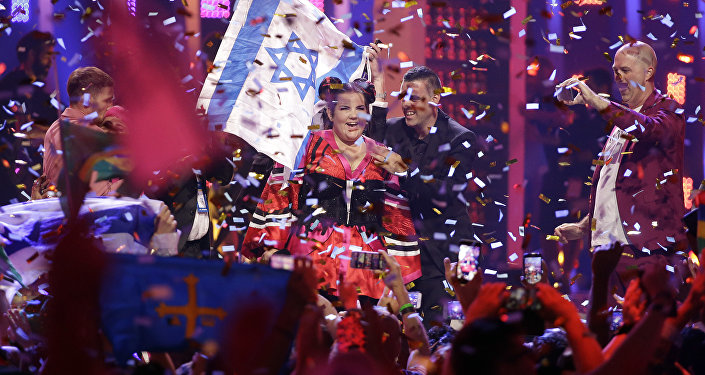 © AP Photo / Evan Agostini/Invision
Palestinians Preparing to Launch an Alternative to Eurovision
While some library patrons seek to have the book removed from the establishment, others claim that the book’s critics act racist toward Palestinians, citing the First Amendment in the book’s defence.

"It's a symbol. It says that it's OK to have books that teach little children to hate," Rabbi Bernhard Rosenberg said.

According to the media outlet, the book’s opponents “specifically took issue” with the page “I is for Intifada”, which describes "Intifada" as "resistance".

"I is for Intifada — encouraging children to rise up any way they see fit to resist. Far from peaceful and far from appropriate", one local resident complained, adding that the prospects of the book’s author visiting their community to host the reading event makes her "feel unsafe".

The library’s board of trustees now intends to hold a public meeting on 5 June to consider rescheduling the public reading of the book, Fox News adds.