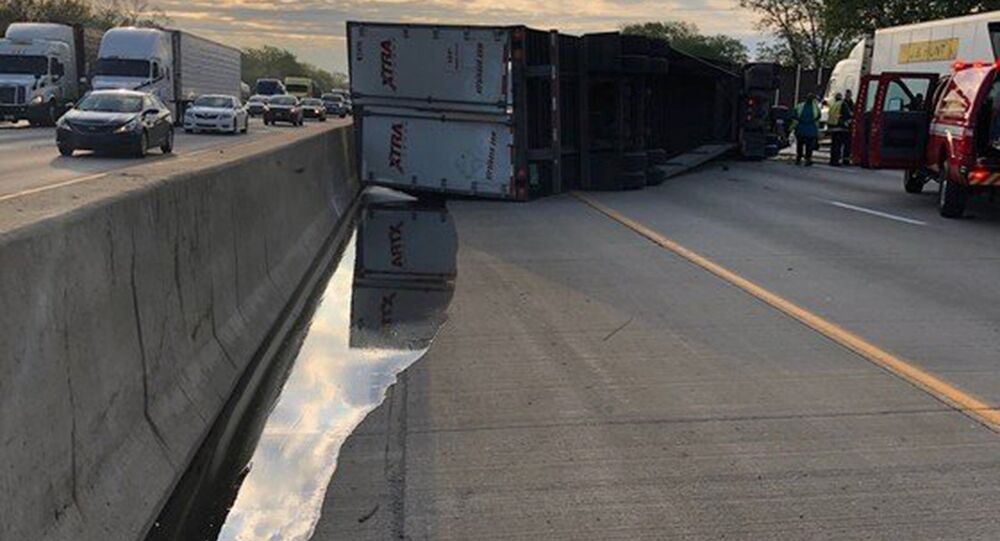 A section of an interstate in the Hoosier State was closed and traffic redirected following an accident which led to the unexpected spillage of diesel and a syrupy substance down the highway this week.

Things were a little sticky for commuters driving on Interstate 80/94 in northwest Indiana after a semi truck carrying some 41,000 pounds of amber honey overturned around 6:00 a.m. local time Wednesday.

No individuals, including the truck's operator, were injured in the incident.

The driver told Indiana State Police he lost control and flipped both the truck and his cargo over after the front axle broke. At least four of the five containers of honey that escaped the trailer opened on impact with the road.

If you're heading to Chicago, you may need to find an different route. Three eastbound lanes of I-80 and 94 are closed right now near Hammond, after a semi hauling honey rolled over causing the honey to leak on the interstate. pic.twitter.com/fHBmIhG9Uu

The incident may sound delicious, but according to an update from the Indiana State Police, the driver informed officials he had fueled up right before the crash, and thus diesel had mixed in with the honey creeping down the highway.

Following the wreck, traffic moved as slow as molasses, with the left three lanes being closed for eight hours as officials with the Indiana Department of Transportation cleaned and inspected the road.

While it's never good for a trucker to lose his load on the road, the police document says at least eight of 13 total containers of the sticky substance survived the accident. No word on whether the driver is expected to replace the lost cargo.

Where’s the Beef?: Overturned Trailer Releases Cattle Onto US Interstate

No Turning Back: Series of Avalanches Trigger Highway Closures in Colorado