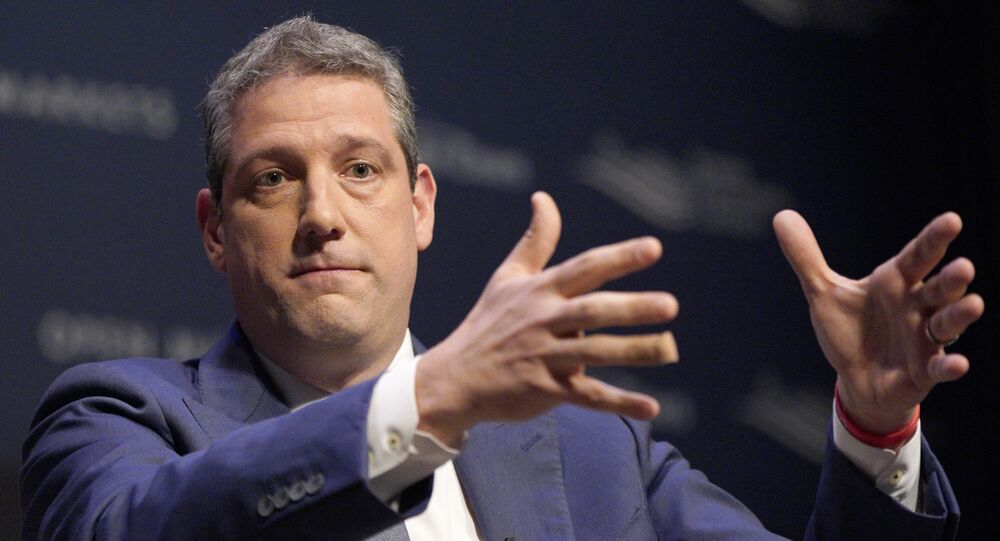 The 17th candidate for the Democratic nomination has been added to the list of politicians running for the presidency in 2020, including black, Hispanic, and openly gay candidates, as well as a record six women.

US Representative and moderate Ohio Democrat Tim Ryan, who has promoted his appeal to working-class voters who left the party in 2016, announced that he will enter the 2020 presidential race.

"When our local GM factory was shut down last Thanksgiving, I got a call from my daughter who was consoling her friend whose father was an auto worker and was just laid off. My daughter said to me, with tears in her voice, 'You have to do something'. That’s why I am running for President. It’s time to do something", he said in a statement.

© AP Photo / Andrew Harnik
Will Anyone Challenge Nancy Pelosi to Become The Next Speaker of the House?
He continued by saying that over the last 20 years, "failed leadership and broken promises have destroyed the middle-class, forcing our economy into crisis and pushing the American Dream out of reach".

Ryan, 45, made an unsuccessful bid to replace Nancy Pelosi as House Democratic leader in 2016. The politician has served in Congress since 2003 and, before that, spent two years in the Ohio State Senate.