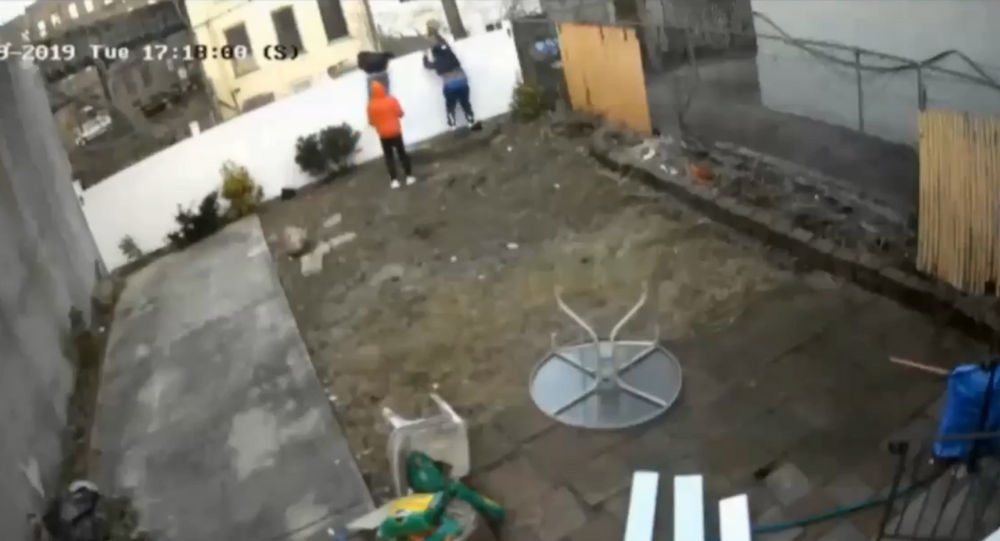 The New York Police Department recently released surveillance footage capturing the moments leading up to the brutal Brooklyn murder of 21-year-old Tyquan Eversley, which was carried out by several members of a local gang. Officials are calling on locals with knowledge of the incident to come forward.

Police say that just as Eversley was making his way to the intersection, a car pulled up alongside him, and three individuals got out and attacked him. The chase was on after Eversley was able to regain his composure and flee the scene.

"You are literally going to see a 21-year-old male fighting for his life running on the streets of Brooklyn being chased by a group of at least 10 thugs," NYPD Chief of Detectives Dermot Shea said of the video release. "It's tough to watch."

​Running for several blocks, Eversley is seen at times hiding behind cars, in alleyways and even inside cabs in an effort to evade the several men chasing him. NYPD Chief Mike Kemper told reporters that some of the suspects were also hunting Eversley via car.

"We have video surveillance of this group looking in alleyways, looking up and down the street, hunting, searching," Kemper said. "No less than 10 individuals were active participants in this brutal, brutal murder… This video is very, very hard to watch, and I've been doing this a long time."

One of the pursuers pulled a firearm on Eversley, but police do not believe that it was discharged during the chase.

Hiding behind a car for a period of time, Eversley was eventually spotted by the suspects, which forced him to run into the backyard of a nearby residence. Video shows Eversley jumping over a fence, where he ultimately becomes entangled in barbed wire that was placed below. Using this to their advantage, the suspects move in on Eversley.

One individual is seen hurling a large rock at Eversley as another jumps onto the fence and shoots him five times. Eversley was taken to a nearby hospital, where he was pronounced dead.

A tweet posted by Shea on Thursday shows that investigators have identified nine persons of interest who are still being sought. Officials have arrested one suspect, who was identified as 25-year-old Michael Reid. He has been accused of throwing the rock at Eversley and has been charged with murder and criminal possession of a weapon.

Media reports indicate that Eversley had a rap sheet of his own, which included a 2015 arrest for a hate crime, a 2018 arrest for robbery with a gun and a February 2019 arrest for possession of drugs. Police are still unsure why Eversley was attacked by the wanted persons.

NYPD officials have likened the March killing to the June 2018 murder of teenager Lesandro Guzman-Felix, who was dragged out of a Bronx bodega and attacked with a machete by several alleged members of the Trinitarios gang. According to CBS New York, officials on the case have suggested that Guzman-Felix was mistaken for someone else.