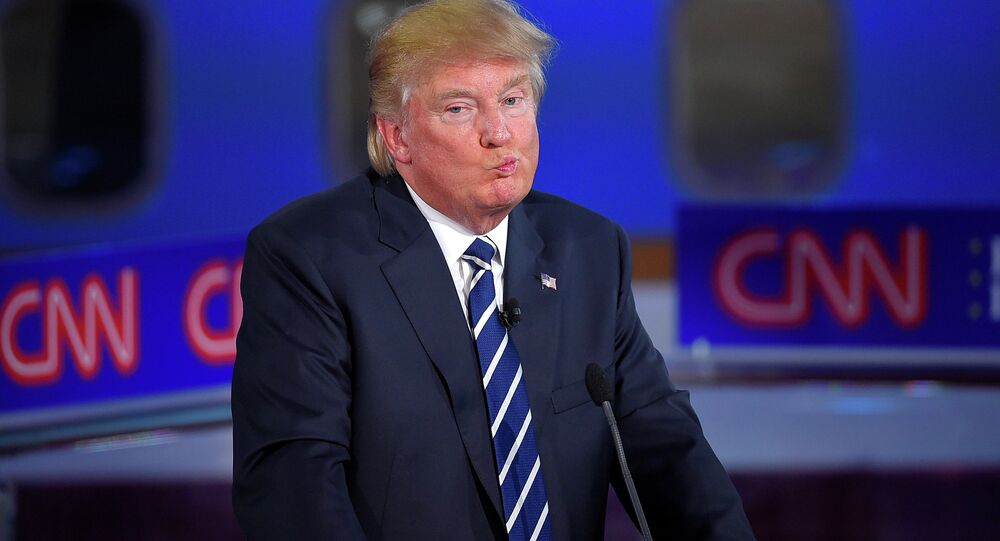 Earlier, sources speaking to the network alleged that the president had intervened personally to get security clearance for his daughter Ivanka and son-in-law Jared Kushner despite resistance from senior members of his staff.

CNN is facing a backlash online over a speculative piece comparing Donald Trump to an illiterate and suggesting that his insistence on security clearance for Ivanka and her husband was based on their ability to break down complex subjects for him.

In the article, written by CNN contributor Michael D'Antonio, who previously speculated that Trump may be ill, the president is described as being "like a man who cannot read but tries to hide this truth with bluster and tricks."

Trump, the journalist alleged, "doesn't like briefings and covers his own ignorance with loud proclamations. Famous for avoiding books and papers longer than a single page, the President needs trusted advisers who are willing to pore over details related to policy and world events, and report to him in terms he can grasp."

© REUTERS / Yuri Gripas
CNN Leaves Out Crucial Details About Audience at Sanders Town Hall - Reports
Here, Jared and Ivanka, whom D'Antonio christened 'Javanka', are "well-suited for the job," having the president's trust, with his daughter also having a "second, related duty of soothing the commander-in-chief's temper and blunting his impulses."

The reporter did not offer any evidence to back up his suspicions, apart from a recollection of an interview of Ivanka he did in 2014, in which she reportedly told him that she knew how to ask Trump the right questions and to push back against some of his proposals. "From observations, it seems her trick was to shower him with praise and show him the deference his fragile ego demands," D'Antonio wrote.

The journalist's speculation didn't go over well online, with many users urging the network not to "make things up" without providing any evidence and slamming CNN as the 'fake news' network.

Because they are his most trusted advisors and staff members, who he obviously knows more about than government vetting could uncover….and, he's the boss.

If you ignorant about the subject on how security clearances are done, don't make things up. I can give a class.

I don't know #fakenews, why don't you share with us ignorant, Wal-Mart shopping folks your almighty wisdom on the "matter".

Even Trump's detractors disagreed with D'Antonio argument, which included the suggestion that Ivanka's security clearance may not actually be a bad thing, suggesting that if Trump can't handle the job of running the country, he should step down. Others suggested that corruption and nepotism, not the president's dim-wittedness or 'fragile ego', were the real reason for the clearances.

I disagree! Ppl didn't elect her nor Kushner. They elected Trump & if he can't do t/job (read,etc), he shd step down & let VP take over. Nepotism shdn't be allowed in WH. GOP gave a pass for 2 yrs! Not anymore. Nobody is above t/law & Trump/Javanka are profitting personally in WH

I’m not buying this article. There were major conflicts of interest. They tried to stop those inexperienced kids from having clearances. Kushner was busy obtaining hundreds of millions of dollars in exchange for what appears to be secrets. We will see.

Trump has repeatedly characterised CNN's reporting as "fake news," singling the network out at press conferences and accusing them of spreading disinformation and speculation about him, including as it relates to the so-called Russiagate collusion claims, which have yet to be proven despite multiple investigations by US intelligence agencies, Congress, and the media.