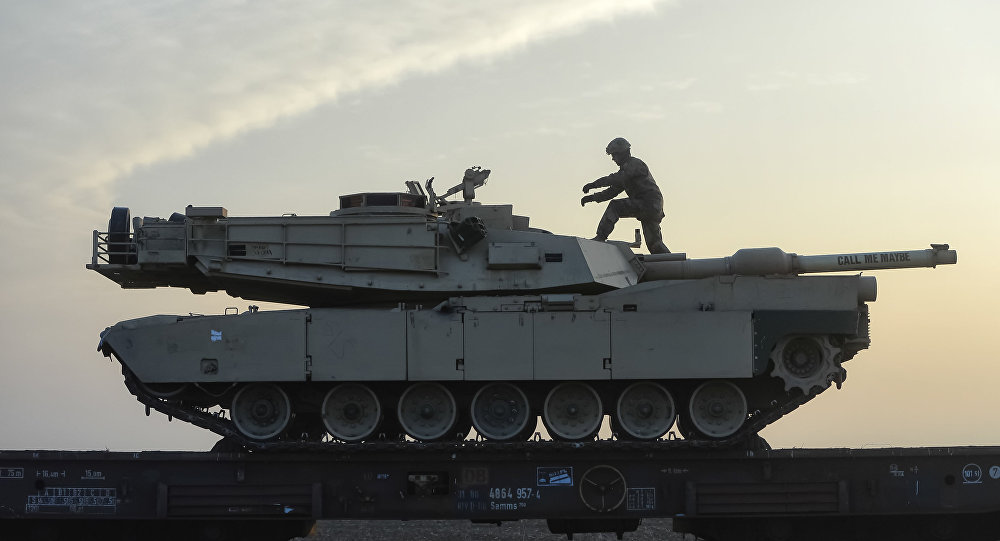 WASHINGTON (Sputnik) - The United States is considering raising the price for stationing US military troops in allied countries, Bloomberg reported on Friday.

The US administration is drawing up plans for Germany, Japan and eventually other countries hosting US troops to pay the full price for the deployment of American soldiers in their respective countries, plus 50 percent or more for the privilege of hosting them, Bloomberg reported, citing a dozen administration officials and people briefed on the matter.

According to the report, nations currently hosting US forces could be asked to pay five to six times as much as they do now under the so-called "Cost Plus 50" formula.

© AP Photo / Luis Alvarez
US Transferring Special Troops, Weapons Close to Venezuela - Moscow
US President Donald Trump, who frequently criticizes US allies for their lack of defence spending, has championed the idea for months, the report said. Officials caution that "Cost Plus 50" is one of many ideas under consideration, and it may be toned down.

Despite the proposal's early stage, it has sent "shock waves" through the US departments of Defence and State, where officials fear the proposal could further alienate allies in Asia and Europe already questioning Trump's commitment to them, the report said.

Since taking office in January 2017, US President Donald Trump has repeatedly pressed other NATO member states to meet their annual defence spending obligations within the alliance.