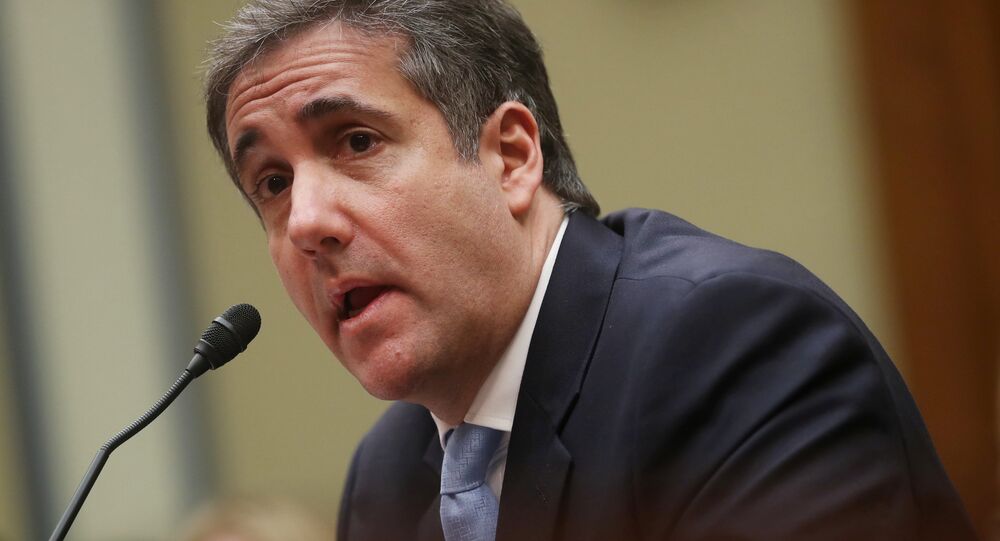 Earlier in the day, Cohen testified before a US congressional committee in a closed-door session a week after his public testimony which included allegations that Trump was involved in criminal conduct before and while in the Oval Office.

"Cohen cooperated fully with the Committee… and provided important testimony and materials relevant to the core of our probe and that will allow us to advance our investigation substantially," Schiff said on Wednesday.

© Sputnik /
Trump & Kim to Meet Again, is Nuke Deal Possible?; Cohen Shuts Down Republicans
In last week’s hearing, Cohen alleged that Trump played a role in hush money payments to women that may have violated campaign finance laws. Cohen said he had no direct evidence to confirm any collusion between Trump and the Russian government during the 2016 election.

Cohen was sentenced to three years in prison for his role in the hush payments in addition to tax fraud. He remains out of prison to continue cooperating with Special Counsel Robert Mueller's probe into alleged Trump-Moscow collusion during the 2016 US presidential election, which has been denied both by both parties on numerous occasions.