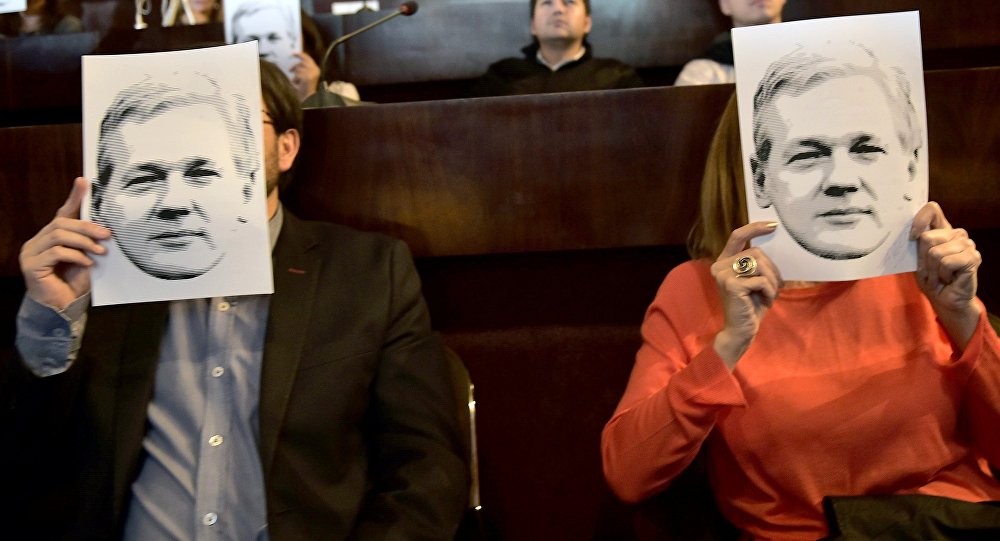 WikiLeaks Volunteer Agrees to Work With US Investigators for Immunity – Report

While Chelsea Manning, who leaked State Department cables to Julian Assange, continues to fight subpoenas in a case regarding the now famous exposure of secret US documents, a fellow WikiLeaks volunteer has decided to testify.

David House, a former WikiLeaks volunteer and friend of Chelsea Manning, has decided to cooperate with the US investigation into the release of State Department cables and army field reports from Afghanistan by WikiLeaks' founder Julian Assange, The Daily Beast reported. In exchange, House will be granted immunity.

"You know, I'm walking around on the street out here. I'm not in an embassy", he said.

The former volunteer testified about his meetings with Assange and the contents of his talks with him. House noted that prosecutors were especially interested in the potential for collateral damage in some of Assange's leaks, such as exposure of the WikiLeaks sources of information.  The discussion as to whether WikiLeaks should publish documents that could lead to the exposure of those who leaked them has led to the departure of several of Assange's supporters.

The case against the WikiLeaks founder has been ongoing for nine years, as prosecutors have been attempting to determine whether Assange's actions fall under the Computer Fraud and Abuse Act or the Espionage Act.

Julian Assange is currently living in the Ecuadorian Embassy in London, hiding from British authorities that could arrest him for breaching bail conditions. Assange and his team of lawyers believe that the arrest could be used to later extradite him to the US to face prosecution there.